What is the Future of (Augmented) Reality?

Similar to how BIM has revolutionized the AEC industry over the last decade, reality technologies are poised to become important city-building tools in the near future.

What is Magic Leap? With over $2 billion in funding from powerhouses like Google and Alibaba, the “world’s most secretive startup” has summoned quite the following. Search the internet for “Magic Leap” and you’ll find a digital paper trail leading off into every corner of the web. Second-hand accounts of undocumented meetings can be sourced from music deity Pitchfork, all the way to the NBA. What’s a technology start-up doing talking to music nerds and basketball players though? Magic Leap is doing it because they plan to reimagine all areas of life – from music videos to basketball games – through mixed reality (MR) technology.

In contrast to virtual reality (VR) which immerses users in a fully simulated digital environment, and augmented reality (AR) which layers digital projections on top of the real world, MR technology provides even further enhancement. By anchoring digital projections to a user’s true reality, MR enables communication and interaction between synthetic content and the physical world in real-time.

As the popularization of reality technology has spread in recent years, we have seen many dystopian visualizations of how this integration will play out. Magic Leap has taken the lighthearted approach, promising elephants in the palm of your hand and live NBA games playing out on your desk. But will the reality live up to the hype? 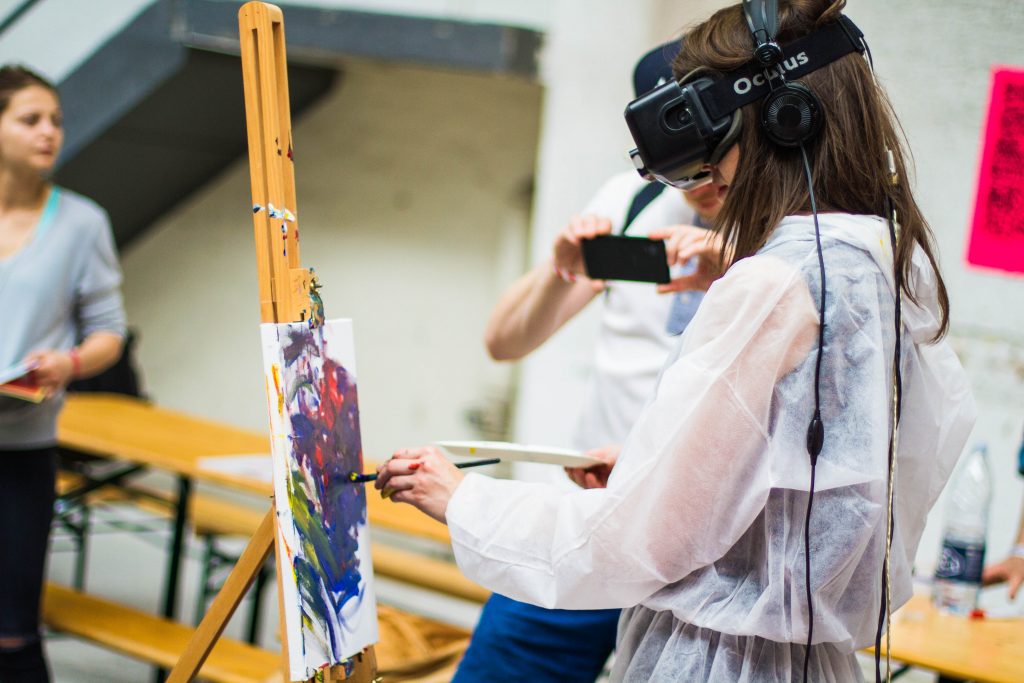 Photo by Billetto Editorial on Unsplash

It’s a valid question that everyone’s asking, not only about Magic Leap, but in regards to the industry as a whole. While product development is still in the preliminary stages, augmented reality products and applications alone are forecast to become a $165 billion market by 2024. At this time, the global industry is expected to see an 80% surge in AR products, with over 5 billion in annual mobile app downloads.

AR and MR technologies are making their way into the mainstream, particularly in the retail industry. Harnessing the power of “try before you buy”, augmented reality provides shoppers with the ability to visualize how their life would look with a certain product. Companies like IKEA, Amazon, Porsche, and Artsy enable shoppers to layer product projections on top of their reality, allowing users to hang virtual Picasso paintings on their wall.

Within the city making fields, reality technology is rapidly emerging as a promising tool that can be leveraged across various sectors. Opportunities range from on-the-spot color testing, to simulating timed fire scenarios, which test internal wayfinding. This technology will revolutionize the world of architecture and engineering as we know it. Here’s where else we can expect to see this technology adopted in these sectors:

With the aid of georeferencing technology and strong wireless connection, a location-based AR app would make on-site wayfinding easier than ever. By layering AR objects and signage on top of real world visuals, smart phone and tablet users can find their way around using a personalized wayfinding system. Large-scale sites such as hospitals, campuses, airports, and malls would see direct benefit from user-centred navigation tools, as they tend to be generally confusing to move through.

Using existing AR apps such as ARki, engineers, planners, and architects can georeference 2D plans, create digital 3D models, and even link the two together to share their work with the public. Tools such as Enscape make it possible to translate existing 3D rendering files to virtual reality experience. Architects and designers can take clients on virtual walking tours, meet with one another in virtual space from afar, and explore design options together in real-time.

Syncing web-based project management tools, with a recognition-based AR app would streamline industry workflows through real-time collaboration and project management. This system links field data or spatial information such as architectural renderings or blueprints, which could be viewed at their exact physical location. While site inspection technology may be most viable within the engineering and architecture sectors, this could later be applied to healthcare monitoring as well.

Reality tools can be used to mirror the experience of those who suffer from mental illnesses such as dementia. The Virtual Reality Empathy Platform (VR-EP) is a tool for designers to help them better understand what an environment actually feels like for someone who has dementia. Empathy tools allow designers to work more accurately and responsibly for clients, which can in turn aid the end users in having a better, safer, and more independent quality of life in VR-EP designed care centres.

Similar to how BIM has revolutionized the AEC industry over the last decade, reality technologies are poised to become important city-building tools in the near future. Through Pocket R&D research, IBI Group has been exploring adoption possibilities within our own organization, and valuable applications to offer our clients. While areas such as wayfinding show promising paths for implementation, the full potential of reality technologies is yet to be understood. On-going research and development is still required before we are at a point of widespread adoption and seamless usability. With a continuous flow of application updates such as the unveiling of ARKit 2, this technology has proven itself persistent and will soon be put to the test in our new reality.

This articleis based on the findings of “Potential for Augmented Reality”, an internal Pocket R&D report by Junyoung Park, Gabino Travassos, Tim Woodward, and Jonathan Darton.  Pocket R&D is IBI’s tactical micro-research initiative that taps into the knowledge of our talent pool to inform how we can define the cities of tomorrow.