From the scooter revolution, to Chicago's resiliency strategy, check out some of our favourite reads from the web this month.

Microsoft Wants to Unleash Its AI Expertise on Climate Change

Microsoft has been making their internal practices more environmentally-friendly since 2012. They’ve even set a target to reduce their emissions 75% by 2030. Now, Microsoft wants to expand their sustainability efforts beyond internal operations. The company plans to make their artificial intelligence and tech tools more widely available for environmental researchers and advocates to use. As data sets for this type of research are usually too large to host on traditional computers, Microsoft will also be aggregating and hosting data on their cloud platform, Azure. Even better: this data will be made publicly available!

How to Build NIMBY-Proof Homeless Shelters? Make Them Mandatory.

Civic engagement is an important part of our democracy, but unfortunately NIMBYs tend to occupy the majority of those who exercise their civic voice. In San Francisco, most residents are in support of addressing homelessness in theory, but when it comes to building facilities in affluent neighborhoods, even those in favour flip to team NIMBY. So what’s a city to do? District Supervisor Matt Haney has introduced a proposal to mandate all San Francisco districts to build a homeless support center in 30 months. Homelessness is citywide issue, and legislation like Haney’s proposed is a major step towards civic and humanitarian accountability. 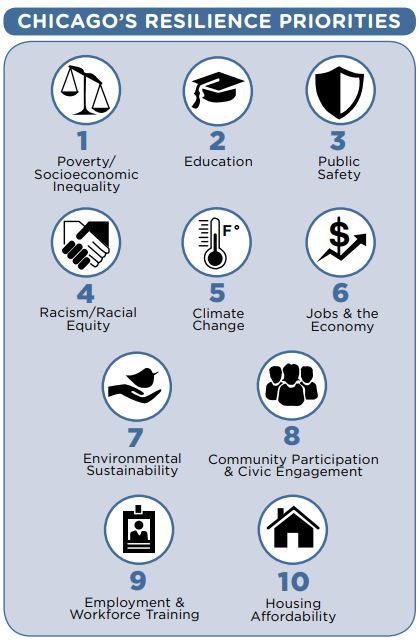 The 100 Resilient Cities initiative was the largest privately funded climate-adaption program in the US. Now defunct, but not forgotten, the initiative created 83 chief resilience officer roles across the nation who have been instrumental in helping cities develop climate change resilience strategies. Rather than focusing on direct environmental solutions, The City of Chicago is taking an intersectional, and innately systemic, approach. 80% of the strategy’s priority actions focus on addressing social issues, such as socioeconomic inequality, education, and racism. One of the city’s most transformative actions is the Neighborhood Opportunity Fund, which aims to create shock-resistant opportunities for vulnerable neighborhoods in the city’s south and west sides. The fund is supported by money collected from developers in return for higher density which is then allocated to small businesses in disadvantaged neighborhoods. As rising rents are forcing small businesses around the globe to shut their doors, this funding method lays out an interesting framework which could be used to support neighborhood resilience from gentrification.

Jake Berman, artist and transit enthusiast, has designed a series of public transportation maps from both past and present times across the globe. He’s layered the maps with a slider feature so you can play around and reveal the comparison yourself. The results may surprise you…

Lime co-founder Brad Bao sits down with The Verge’s editor-in-chief Nilay Patel for an illuminating conversation about Lime’s scooter business. Bao’s data-rich insight and passion for new mobility makes a potent case for the love to hate scooter craze. Unlike other scooter companies, Lime is vertically integrated and their custom scooters are designed with longevity and safety as top priorities. While other companies have taken an anarchistic approach to getting their scooters on the streets, Lime works extensively with municipalities. And it’s working- Bao’s sustainability-driven vision is persuading cities to change their policies to accommodate this growing trend.

Photo by Brett Sayles from Pexels