City kid
City kid
The renewed interest and growth of urban centres has captured the interest of social scientists, economists and urban thinkers (among others), catalyzing a range of discussions. Among the most interesting in recent months has been The American Conservative‘s debate about “vibrant” neighbourhoods, kids and communities. In a withering critique of the creative class and it’s vibrant urban neighbourhoods...

The renewed interest and growth of urban centres has captured the interest of social scientists, economists and urban thinkers (among others), catalyzing a range of discussions. Among the most interesting in recent months has been The American Conservative‘s debate about “vibrant” neighbourhoods, kids and communities. In a withering critique of the creative class and it’s vibrant urban neighbourhoods (VUNs), Benjamin Schwarz contrasts the diversity and vibrancy of Jane Jacobs’ Greenwich Village with the form that exists today. Arguing that today’s VUNs are devolving into “adult playgrounds”, he notes that while Jacobs succinctly identified the commercial potentials of diverse cities and districts, she saw that the primary purpose of neighbourhoods was in fostering family and community. Arguing that the cataclysmic money of global capitalism and the rise of “a circulating class of gentrifiers” has left contemporary VUNs vapid rather than vibrant, Schwarz argues that the VUNs of the past are gone and cannot be replicated. 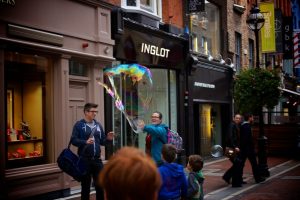 Countering Schwarz, Emily Washington notes that four person households make nearly triple the income of single person households, and thus, in many cities, have the economic clout to select the neighbourhood of their choice. In her view, the lack of good urban public schools is the primary reason families flee for the suburbs. In turn, this suggests that education policy can play an important role in retaining families. Building on this, urban planner and downtown dad Bradley Calvert, notes that as millennials begin to have families, they’ll be looking for many of the same things as previous generations of parents. To retain this demographic and sustain the renewal of cities, he urges a range of policy measures, including good schools, the development of the “missing middle” density and efforts to market the city as safe and efficient for families. 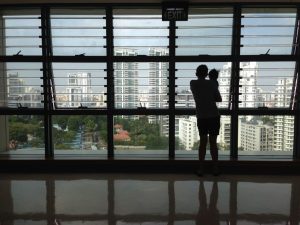 Accommodating, enticing and retaining families is essential to sustain the recent urban renaissance

The long-term success of cities will be based on their ability to accommodate a range of people and demographics. And as Enrique Penalosa sagely puts it “Children are a kind of indicator species. If we can build a successful city for children, we will have a successful city for all people.” Accordingly, it is vital that further steps are taken to attract and retain families. Schwarz’s critique of today’s VUNs has merit, but a narrow focus on a single neighbourhood typology and a series of buzzwords limits the relevance of his conclusions, which are based on an otherwise strong analysis. Washington and Calvert’s broader prescriptions offer a number of paths towards the family-friendly city. There is no single solution to attracting and retaining families in the urban core, but good schools and a range of housing options are essential building blocks to life-stage diversity. The widespread appeal of the city among young people has been key to re-energizing cities and to increasing their appeal among a range of people. As this interest plateaus, politicians, planners and developers would do well to look beyond these shiny happy people, towards mom, dad and the grandparents, if urban vitality is to become a long-term trend.