Creative Ideas For the Future of Architecture

Check out some of the bright submissions from Future Architecture's 2019 call for ideas.

Future Architecture is a pan-European platform of architecture museums, festivals, and producers looking to introduce bright ideas on the future of cities to the public. For the fourth year in a row, the organization has put out a call for creative urbanists to submit their ideas for the future of architecture to their website. The selected applicants will be invited to share their ideas as part of both the European Architecture Program and the Creative Exchange 2019.

This year, Future Architecture received a record 356 applications from 704 creatives across 60 countries. The ideas range from practical to fantastical covering everything from floating swimming pools on the River Thames, to millennial suburbs, and harmonizing the urban soundscape. Have a look at some of our favourite ideas below and check out the rest of the submissions online. Don’t forget to vote to your favourites! 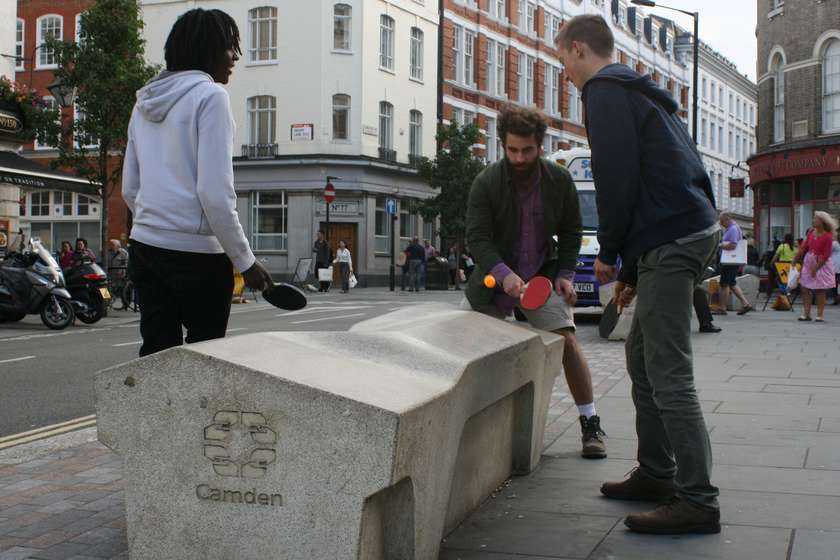 A shared interest in the bounce

An open source game, which subverts a piece of aggressive architecture, namely the Camden Bench.

Image and text by Chris Alton. 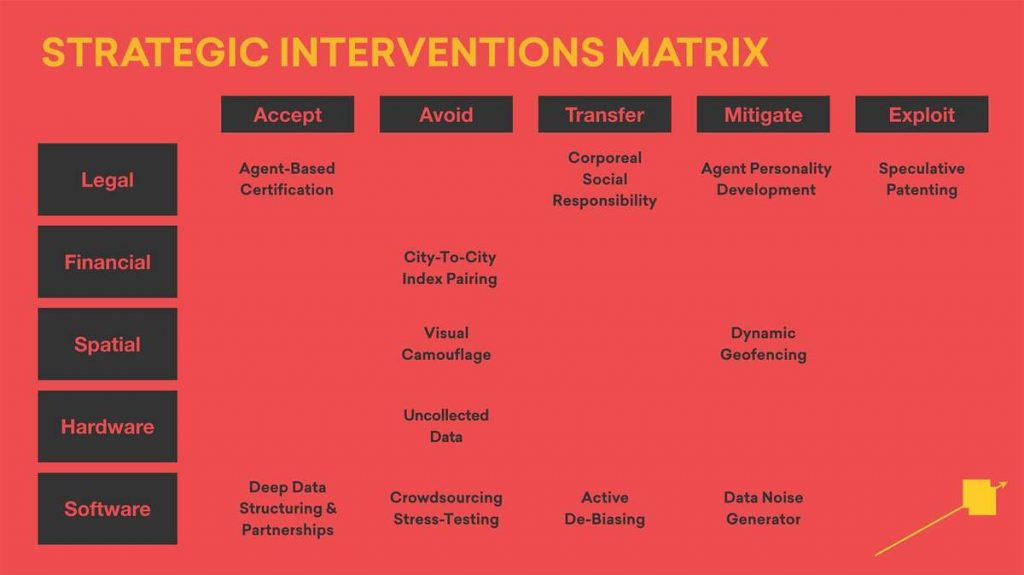 Standard Deviation is a design methodology based on reconfiguring risk, insurance and liability.

“As we move into a new level of platform complexity and autonomy we see that this legal framework is becoming less capable of stabilizing and defining the relationships between increasingly intelligent agents and their behaviours. If machine intelligence will likely play a significant role in shaping our societies – we have to ask – how is risk mitigated when such systems rely on digital abstractions, rather than legal ones, to interface with each other?”

Image and text by Standard Deviation. 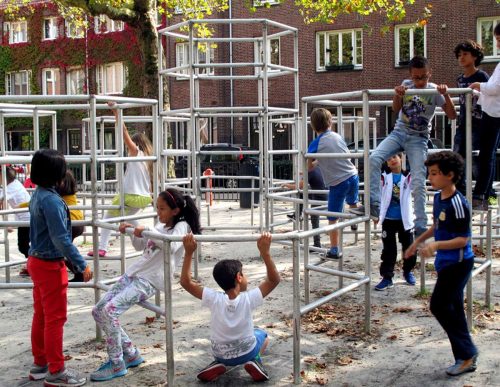 Addressing the contradiction between: what we think a playground is, and how much we really understand what a playground could be.

“Seventeen Playgrounds is an architecture research project advocating for playgrounds that challenge children’s imagination. This project educates cities to understand playground as an opportunity for experimenting and it argues against the present understanding of playground to be a product, which can be purchased in the online catalogue, copy-pasted into any type of environment. ”

Image and text by Seventeen Playgrounds.

A feminist perspective of domestic space 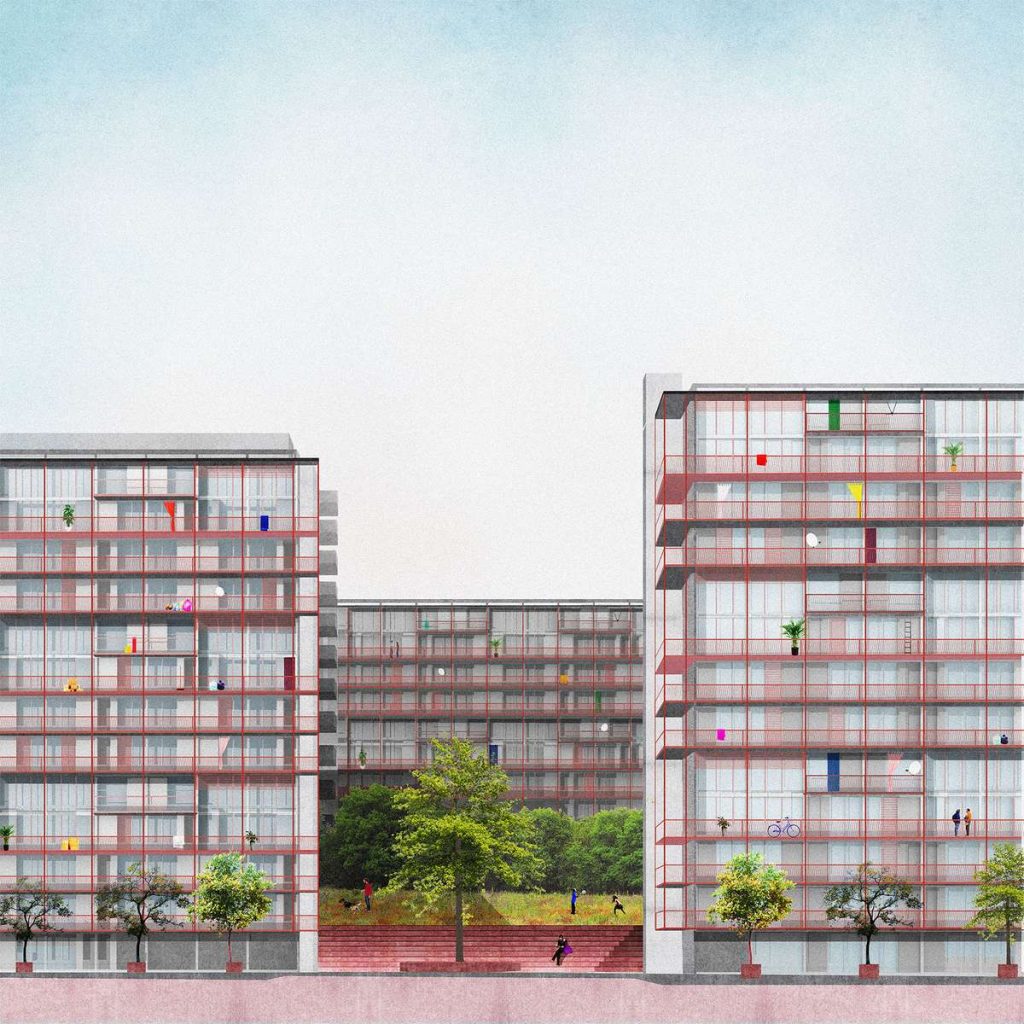 “This project investigates the relationships between new forms of living that can be affordable through the reconfiguration of architectural space. Therefore affordability could be reached through shared spaces and collective living. This focus allows us to propose new relationships between forms and content, where there is a strong prioritization of the reinforcement of social bonds and inclusiveness.”

Image and text by Annik Keoseyan.