Celebrating 70 Years of the NHS: A Look Back at the National Healthcare Service from 1948-1990

On July 5th 1948, of the NHS was founded, marking the country’s greatest achievement in modern social reform. 70 years later, we look back at some of the key moments in history of the NHS.

Prior to the establishment of the NHS, free access to healthcare in the UK was available only to those wage earners (but not their dependents) contributing to the National Insurance scheme set up in 1911 by Lloyd George – the Liberal government’s then Chancellor of the Exchequer – but limited to treatment by a panel doctor or to hospital treatment only for those suffering from tuberculosis.

The country’s hospitals comprised independent voluntary sector institutions, reliant on philanthropy or private funding, together with municipal hospitals operated by local authorities, including many originally set up under the Poor Law. However, by the late 1930s, there was growing consensus that the National Insurance system should be extended to cover dependents and, for reasons of financial sustainability, that the voluntary hospitals needed to be integrated into a single system. 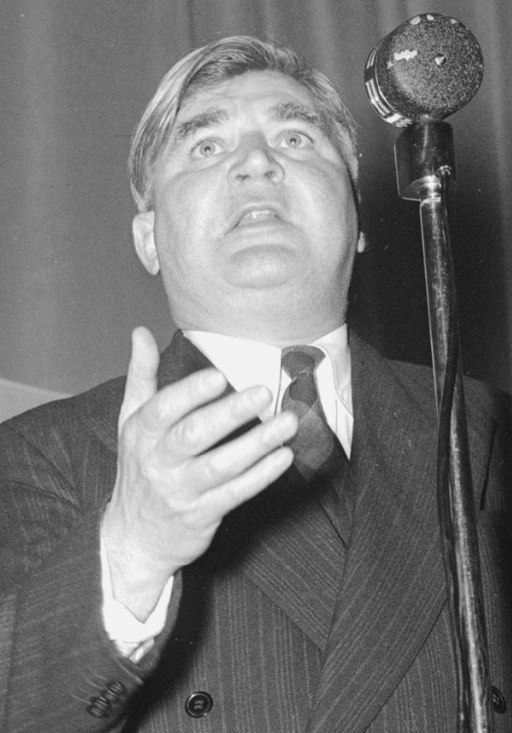 Anenurin Bevan, founder of the NHS. Image from Wikimedia Commons

Although the Second World War delayed these changes, it also engendered the national will and impetus to enact them. Wartime needs saw the implementation of a centralised ‘Emergency Hospital Service’ which demonstrated the effectiveness of a state-run system, whilst William Beveridge’s Report published in late 1942 proposed sweeping reforms to the country’s social welfare system in order to address the “Giant Evils” of society – “squalor, ignorance, want, idleness and disease”.

This Report formed the basis of the post-war Welfare State including the establishment, on 5th July 1948, of the NHS – free at point of use, funded from central taxation and providing care for all ‘from cradle to grave’ – the country’s greatest achievement in modern social reform.

With only about a third of its building stock constructed since the First World War, it was soon evident that the 2,000+ hospitals inherited by the NHS were overwhelmingly unsuited to the needs of the growing post-war population and advances in medical and surgical practices.

The opportunity to address these issues through a capital building programme which began in the late 1950s and reached its zenith perhaps twenty years later, was a ‘golden age’ in the design and delivery of healthcare facilities for the post-war ‘brave new world’.

Informed by the 1955 Nuffield publication “Studies in the Function and Design of Hospitals”, boosted by the 1962 ‘Hospital Plan for England’ advocating the development of new District General Hospitals (DGHs) each of 600-800 beds serving populations of approximately 125,000 (effectively the hospital system we now have today), supported by the Ministry of Health’s Hospital Buildings Division set up in 1959 and by North London Polytechnic’s Medical Architecture Research Unit (MARU) established in 1965, architects seized the opportunity to apply the wartime lessons of industrial production, prefabrication and modular co-ordination (themes which again resonate today) in the design of new hospitals in the ‘modernist’ style.

During this period, new concepts were tested such as ‘indeterminate architecture’ (flexible, serviced spaces to suit indeterminate growth and ongoing change), podium and tower vs low rise, ‘racetrack’ ward layouts, interstitial service floors and hospital streets, as well as planning arrangements focussed on separating clean and dirty activities. These ideas were first developed during the construction of demonstration departments such as the outpatient and A&E department at Walton Hospital, Liverpool. This was eventually replaced in the mid-1990s by a new A&E facility at Aintree designed by current members of the IBI healthcare team.

With the first major post-war hospitals (including Greenwich but also other landmark schemes such as those at Stevenage, Swindon, Wexham Park and Northwick Park) complete or under construction, it was becoming apparent that the ‘Hospital Building Programme’ (whose cost had reached a dizzying £31m by 1961) was coming under severe financial pressure.

In response, the number of beds proposed per 1,000 people was reduced and the Ministry of Health developed a smaller, simplified ‘standard’ DGH known as the “Best Buy” hospital. Based on low rise, simple construction and horizontal movement, and essentially suited only to new build developments on flat, relatively unconstrained sites, only two “Best Buy” hospitals were built – at Bury St Edmunds and Frimley Park.

During this period, some individual Regional Health Boards began developing their own standard solutions, of which the modular, prefabricated building system developed by the Oxford Regional Hospital Board was the most advanced. The “Oxford Method” aimed to reduce design and construction time whilst improving quality through the benefits of design and specification standardisation, constructional technology and modular co-ordination, and significantly, through one of the first applications of CAD.

By 1969, the Department of Health & Social Security’s (DHSS – successor to the Ministry of Health) Hospital Buildings Division had completed its initial work on the development of the “Harness” hospital system. Based on interchangeable standard departments and modern design, constructional and services technology as well as dimensional co-ordination, “Harness” was a much more sophisticated alternative to “Best Buy”. Unlike the “Best Buy” model, “Harness” was suitable for application in a range of locations including existing hospital sites. If it weren’t for the financial and political fallout of the 1973 oil crisis, up to 70 “Harness” hospitals might have been built.  The hospital building programme was suddenly halted and only two were built – at Stafford and at Dudley – both the subject of extensive recent refurbishments. 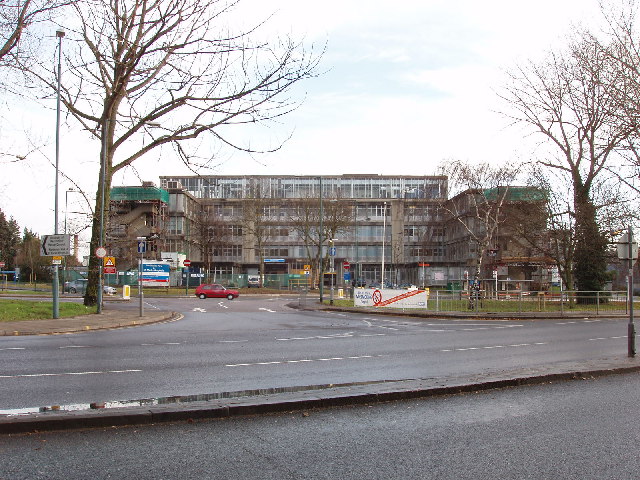 When the capital building programme resumed in 1975, national financial stringency demanded economies in capital and revenue costs. Accordingly, HM Treasury imposed the adoption of more modestly sized hospitals, other than in exceptional circumstances, these were to create an initial nucleus of key standardised departments planned at 1,000m2. This template joined them together by a ‘hospital street’ with courtyards between, capable of expansion in line with demand and affordability. Functionality within the constrained footprint was achieved through reductions in accepted spatial provision and by planning for all departments, to fit within the standard template – a constraint disparagingly referred to as ‘template tyranny’.

More than 150 “Nucleus” projects were built, the last in the late 1990s, including the DHSS’s final demonstration hospitals (an intellectual and financial commitment we find hard to contemplate today) – the Isle of Wight and Wansbeck ‘low energy’ hospitals. Involvement in “Nucleus” projects provided some of the current IBI Healthcare team with their earliest experiences in the design of healthcare facilities whilst for some of the younger members of the current team, the repurposing of “Nucleus” templates has recently provided a similar initiation.

The election of Margaret Thatcher’s first Conservative government in 1979 began the move away from the concept of a totally publicly owned and funded NHS and with it, the political and economic context within which healthcare facilities in the UK were designed and procured also changed.

With an innate distaste for the ‘nanny state’ and regulation, the will and resources required to develop and test theories of public sector healthcare facility design lead to the gradual dismantling of the NHS Estates team. The team was finally abolished under a Labour government in 2005 with the loss of decades of intellectual capital Investment in design guidance such as Health Building Notes and Health Technical Memoranda were significantly reduced at this time as well.

This post is a part of our celebration of #NHS70, celebrating 70 years of the National Healthcare Service. Click here to read part two in this series.