The Case for Puppies in the Workplace

Until recently, dogs in the workplace were unheard of, mostly due to the lack of information on the benefits they provide. With more research being done on the topic, it’s becoming acceptable in certain workplaces to bring along our four-legged friends. Studies have shown that dogs can help decrease stress, increase productivity and boost social... 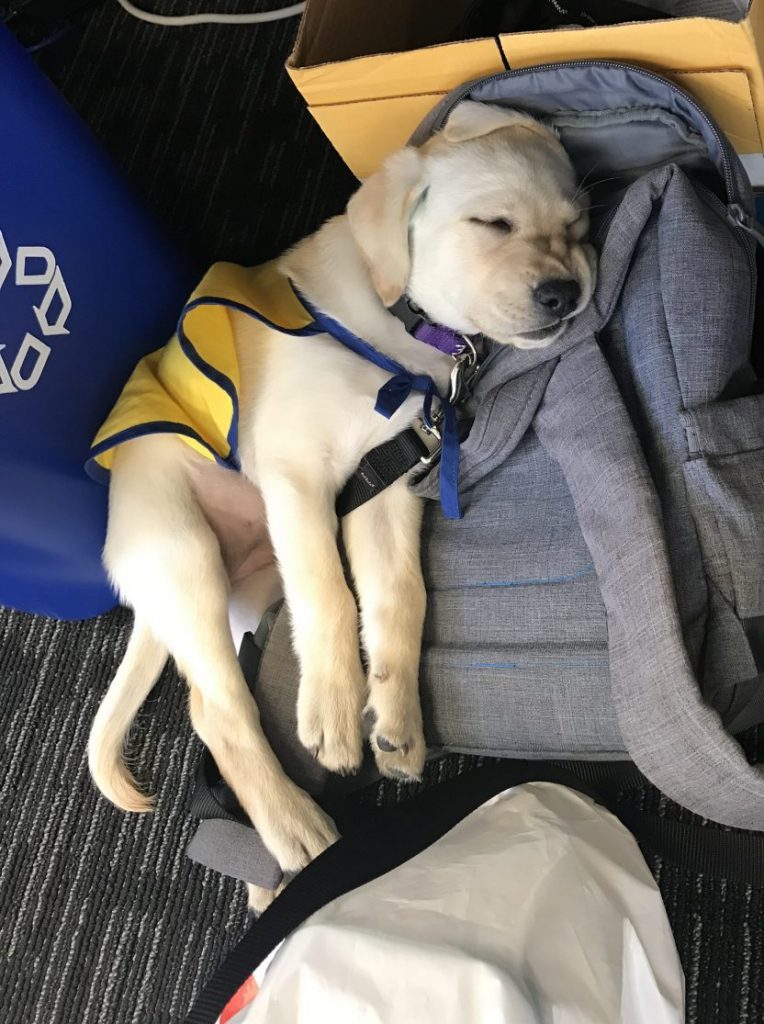 Until recently, dogs in the workplace were unheard of, mostly due to the lack of information on the benefits they provide. With more research being done on the topic, it’s becoming acceptable in certain workplaces to bring along our four-legged friends. Studies have shown that dogs can help decrease stress, increase productivity and boost social interaction amongst employees. Of course, it’s important to make sure that employees in the office do not have any dog allergies, as having pets around would not be acceptable in this circumstance.

To explore this topic further, I spoke to fellow IBIer Brianne Poole who  works as a transportation engineer out of our San Diego office. Aside from her regular work, Brianne has spent the last 10 years as a volunteer puppy raiser for Canine Companions for Independence (CCI) and is currently in the process of training her 6th puppy with CCI, a 2-month old puppy named Hallie. CCI is a not-for-profit organization that enhances the lives of people with disabilities by connecting them with highly trained assistance dogs and ongoing support to ensure quality partnerships. Training a puppy with the organization is an eighteen-month commitment and demands that the volunteer brings the puppy everywhere with them to teach them socialization skills in addition to the 20 basic commands they must learn. 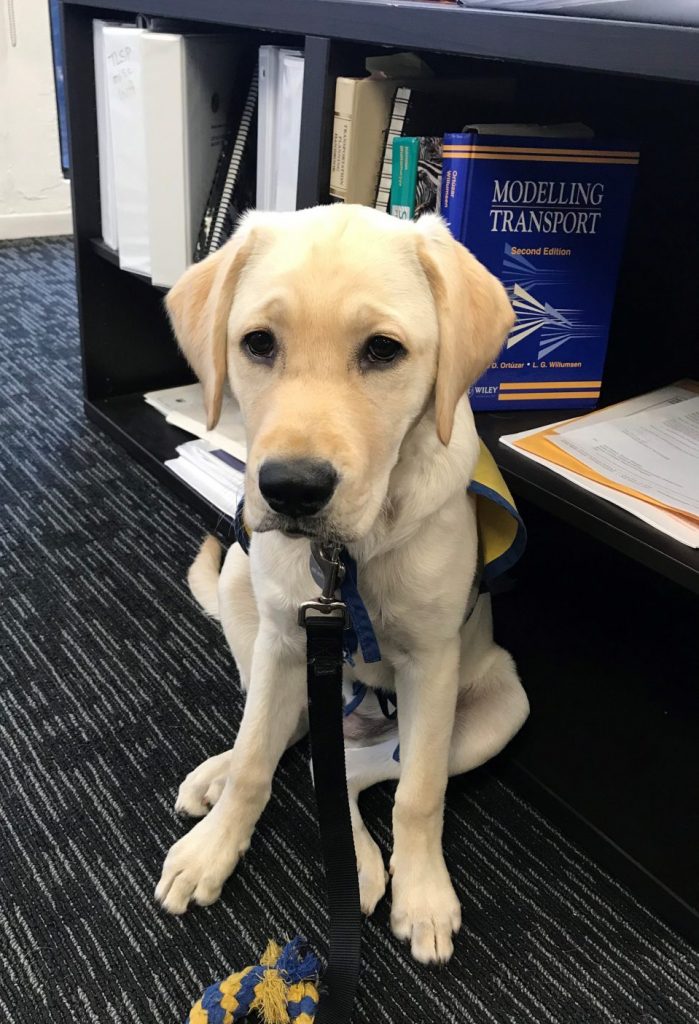 As wonderful as this program sounds, I couldn’t help but wonder how this affected the office Brianne works out of in San Diego. Because the office is quite small in size, Brianne was able to ensure that Hallie’s presence would not have a negative impact to others prior to starting the program. After the initial excitement of the pup’s presence, the office returned to business as usual with the exception of having a fluffy de-stressor in the office. Colleagues stop by Brianne’s desk throughout the day to get some love from Hallie, but little do they know she is helping enhance their wellbeing by giving them a reason to stretch their legs and reduce their stress levels at the same time.

Despite the fact that stronger pet-owner bonds lead to the greatest stress relief, research shows that even brief encounters can create improvements. There are multiple studies indicating that pets are powerful forms of stress relief, noting that they not only lower your blood pressure but also lower harmful stress hormones like cortisol, which is associated with depression and anxiety. On top of this, they enhance beneficial hormones like oxytocin, which is linked to happiness and relaxation. Some people even show an increased output of endorphins and dopamine after just five minutes with an animal. Maybe we should all just pet our stress away?

Having been an interior designer with IBI Group since 2014, Jessica has continued to hone her skills relating to corporate interior design. Jessica is skilled in combining knowledge with an aesthetic vision and develops functional design solutions which support the health and safety of end users, enhances the quality of life and culture of the occupants. She oversees her team and projects throughout the entire process, from the initial information gathering, through construction to the finished product. 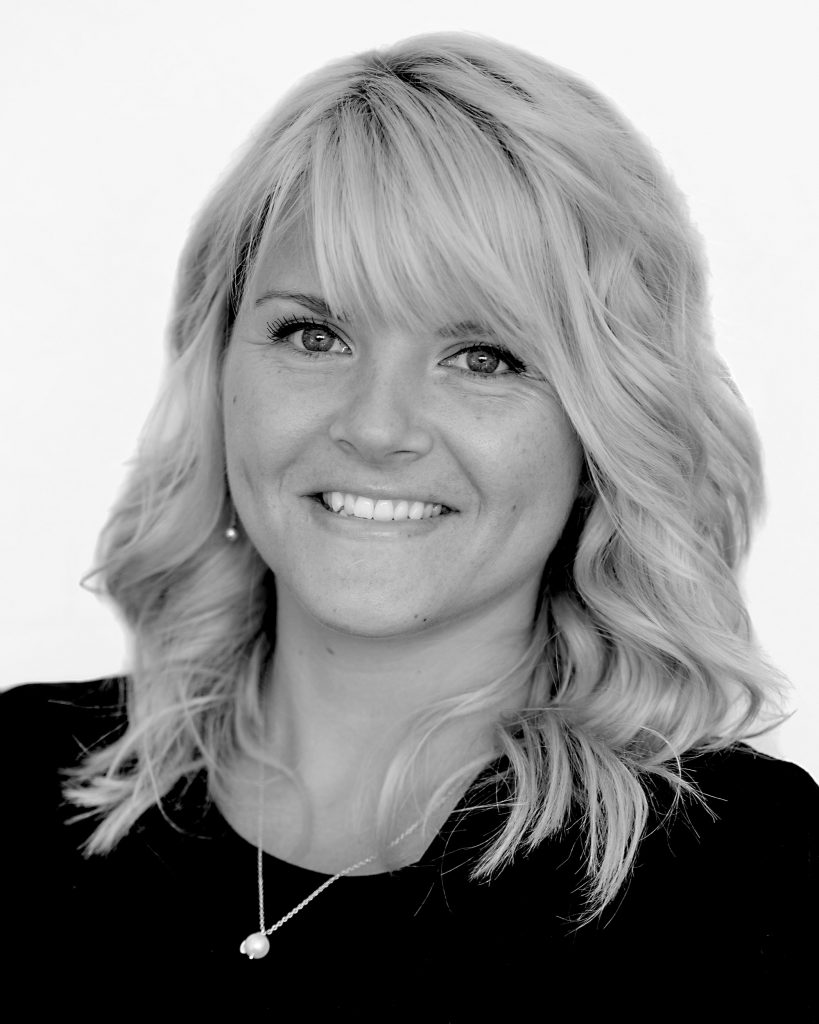