Flooding is the greatest natural risk to our communities. It not only causes physical damage to property and infrastructure, but social damage as well. Flood risk and mitigation assessments are of growing importance and will inform how we build resilient communities for a smarter urban future. It may require us to rethink the design of...

Flooding is the greatest natural risk to our communities. It not only causes physical damage to property and infrastructure, but social damage as well. Flood risk and mitigation assessments are of growing importance and will inform how we build resilient communities for a smarter urban future. It may require us to rethink the design of our communities but we first need an understanding of risk and the value of mitigation measures. IBI Group is a leader in flood impact assessment and has been working with all levels of government to reduce risk. In this article, the first of a two-part post, we will summarize the current approach to risk assessment and planning for flood resiliency.

Risk is a product of hazard, exposure, and vulnerability. In terms of urban flood risk, this can be further defined as follows:

If there is no exposure, there is no risk. Because flood hazard is spatially defined, the solution seems obvious to a land use planner: do not develop within a hazard area. However, historic development patterns have led to a complex relationship between cities and floodplains and the social and economic value of floodplain development is significant. Unfortunately, our risk is increasing due to changes in hazard, exposure and vulnerability. 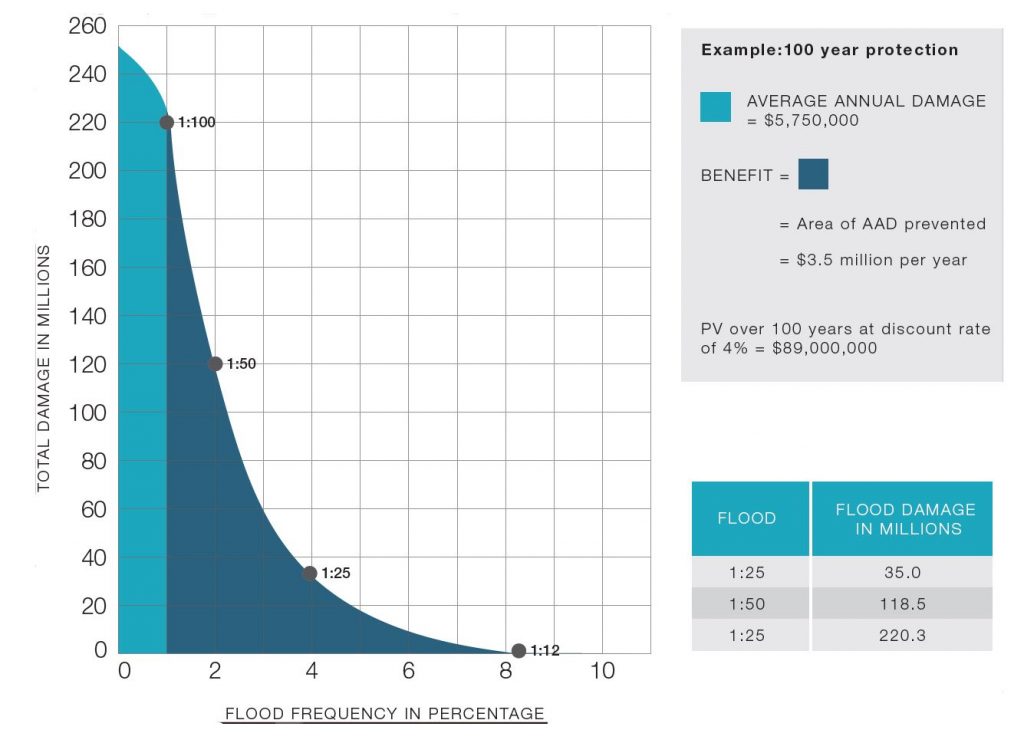 The most advanced flood damage models estimate damages based on each building that’s exposed to the hazard. The main inputs for such a model correlate to the three risk variables, as follows:

Other damages include, but are not limited to: traffic disruption, waste disposal, emergency operations, infrastructure, physical and mental health, and water contamination. Understanding risk is critical for awareness and preparedness, which is an important aspect of resiliency. An economic assessment of damages and their potential reduction is also required to determine the efficiency of mitigation options, which are often very costly. 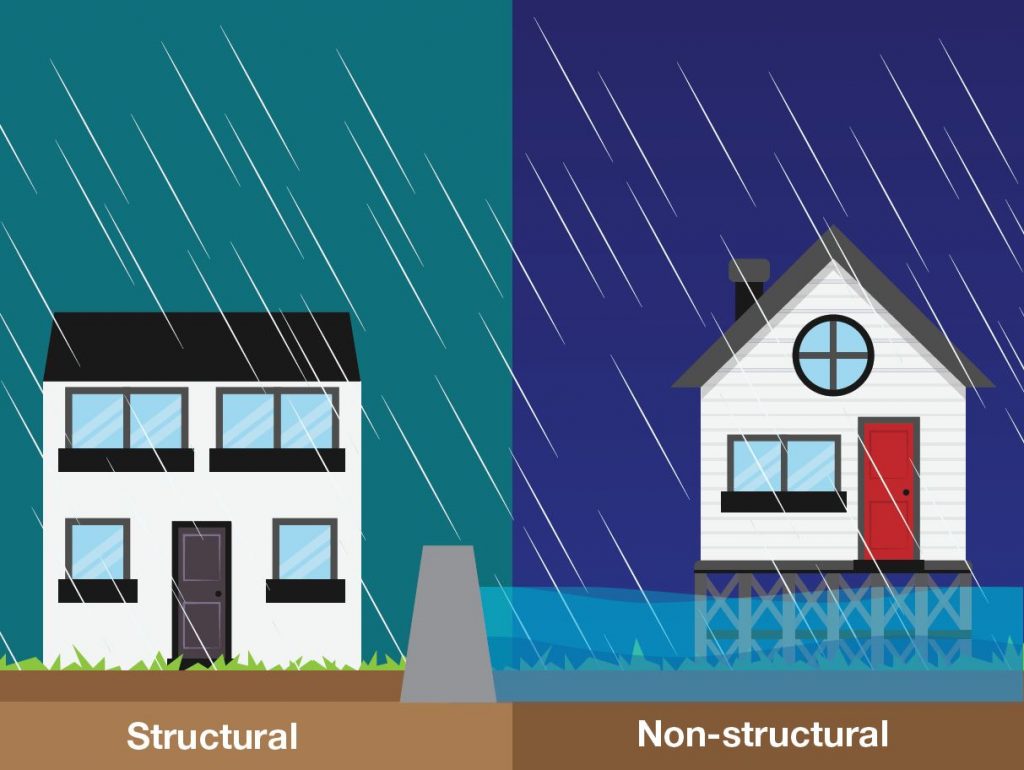 There has been a historical bias towards structural mitigation, and while there are many reasons for this, perhaps the most problematic is our lack of appreciation for risk. We tend to think the problem should be solved elsewhere and insist on business as usual. Unfortunately, structural mitigation is very costly and can have negative environmental and community impacts. It can also be disastrous if the structural measure fails or the flood exceeds its level of protection, like if water levels were to exceed the height of a barrier.

Another reason for our bias towards structural mitigation is that it is relatively straight forward to conduct an assessment of benefits because all event damages are typically estimated for the existing built environment and the costs and design protection of structural options can be measured (i.e., blocking water to this level protects the existing buildings).

The benefits of non-structural options, on the other hand, are very difficult to assess because they are complex and build contextually in different communities over time. Without a compelling case for the benefits, development restrictions or requirements are challenging to implement politically. Flood hazard regulations can have major benefits and a significant influence on future urban development, though they are not well understood. At this moment, they are often considered arbitrary levels of risk tolerance.

This article is based on the findings of “FloodiQ”, an internal Pocket R&D report by David Sol. Pocket R&D is IBI’s tactical micro-research initiative that taps into the knowledge of our talent pool to inform how we can define the cities of tomorrow.

David is a resilience planner specializing in the integration of risk and mitigation assessments for sustainable, evidence-based planning decisions. He has graduate degrees in Urban Planning and Communication for Development with focuses on multicultural stakeholder engagement, planning for climate change, and information technologies in regional planning. David has a wide range of experience in land use planning, market research, and public participation. He has completed the International Association for Public Participation (IAP2) certificate program.

David leads a multidisciplinary team to complete flood risk assessments and mitigation planning, working with all levels of government to increase community resilience. He also leads the development of methods and tools for risk assessment practice, including national guidelines and software applications. 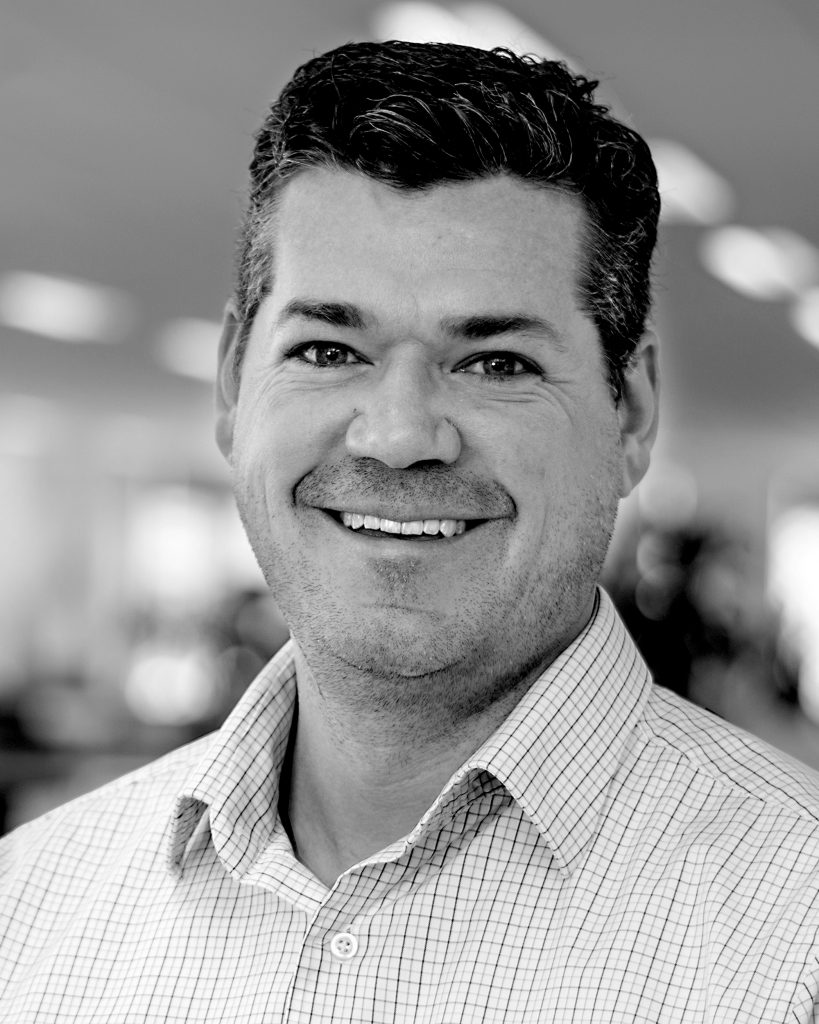