Senior Living in the City

Community Bocce
Community Bocce
For generations, the default retirement dream has been a slower pace of life in leafy suburbs or genteel villages. ‘Escape to the country’ is part of the British psyche and still top of the list for many retirees, but a dramatically different choice is now emerging as a growing trend – ‘escape to the city’....

For generations, the default retirement dream has been a slower pace of life in leafy suburbs or genteel villages. ‘Escape to the country’ is part of the British psyche and still top of the list for many retirees, but a dramatically different choice is now emerging as a growing trend – ‘escape to the city’.

Historically, life in towns and cities was a necessity for defence, commerce and proximity to political power, but it came with an environment of unsanitary squalor. For those city dwellers that could afford one, a more spacious country estate was an essential accompaniment. This seeded cultural perceptions that polarised urban grime and rural idyll. The demonisation of the city reached its peak when the dark satanic mills of the Industrial Revolution combined with dense neighbourhoods of ugly housing. The reaction was a demand from ordinary people for space, light, greenery and fresh air: witness garden suburbs, homes for heroes and the inexorable spread of suburbia where every man, and woman, could build their castle. Much of that mentality still pervades, but powerful social and demographic shifts are bringing changes. For many people the future of retirement will look different… and urban. 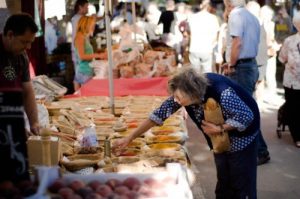 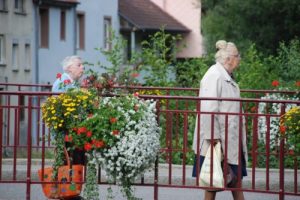 We are living longer and the proportion of older people is rising rapidly; we are staying active longer and expectations of life in retirement are significantly greater than only a generation ago; the distribution of wealth in society has shifted in favour of older generations who have benefited from rising property prices; and the quality of life in cities has improved significantly. In the UK’s leading cities, urban living has expanded enormously in the last two decades. Today, with sufficient funds, one can enjoy life in high quality, well connected environments surrounded by ever expanding cultural and leisure opportunities. Downsizing from the suburban family property and spending the proceeds enjoying the new urban renaissance is an increasing choice for today’s seniors.

This has a number of implications for the way that we plan, build and manage ‘age friendly cities’. Policy makers, design professionals, developers and public service providers, not least in healthcare, must recognise the needs and opportunities that increasingly older urban populations will generate. The issues and implications are explored in the recently published ‘Ageing London’ prepared by the Mayor’s Design Advisory Group (MDAG). The report highlights that by 2030, the capital will grow by a further 1.5 million, a major component of which is increasing longevity. And for the first time, by 2035 the number of over 60s is set to exceed the number of those under 15. The consequences for policy and placemaking are profound. How do we capture the economic benefit of active older people with skills and experience; ensure a supply of the right type of housing, in the right location, with the right social and support networks; create cohesive intergenerational communities; design public places and urban connections fit for an all-age-friendly city; and, importantly, connect a wide range of issues and initiatives to allow for healthy ageing?

London is grasping the nettle but other cities, and the professionals that are shaping them, must similarly craft their agendas for senior living in the city.