Disruptive technologies have taken to the streets: from bike share to autonomous vehicles, the fight for road space is more aggressive than ever. Can Sidewalk Labs' modular pavers help solve this curbside clash?

Between car-share, bike-share, taxis, autonomous vehicles, designated bike lanes, bus lanes, vehicles, bikes, parking, and parklets, the fight for street space is more aggressive than ever. On top of all the road rage, there is also an urge to make our streets more human-centred and pedestrian focused, which is leading to a curbside clash. Will these contrasting objectives find peace on the streets?

According to Sidewalk Labs, Alphabet City’s urbanism project, we should be thinking about our streets much differently. Sidewalk Labs has collaborated with Carlo Ratti Associati to propose a modular honeycomb street network that embraces uncertainty rather than strict single lane use. They believe that streets should be flexible and people-oriented, while accommodating the uncertainty of disruptive technologies like autonomous vehicles.

The hexagonal pavers can be quickly picked up and rearranged for different functions and uses LED lights and patterns to differentiate between roadways and walkways. The group unveiled a variety of layouts with round centre cutouts that could be filled with lights or used to install “plug and play” infrastructure like street signs, bollards, bike racks and more. Some honeycombs have even been designed with perforated surfaces that would allow for increased permeability and vegetation growth. 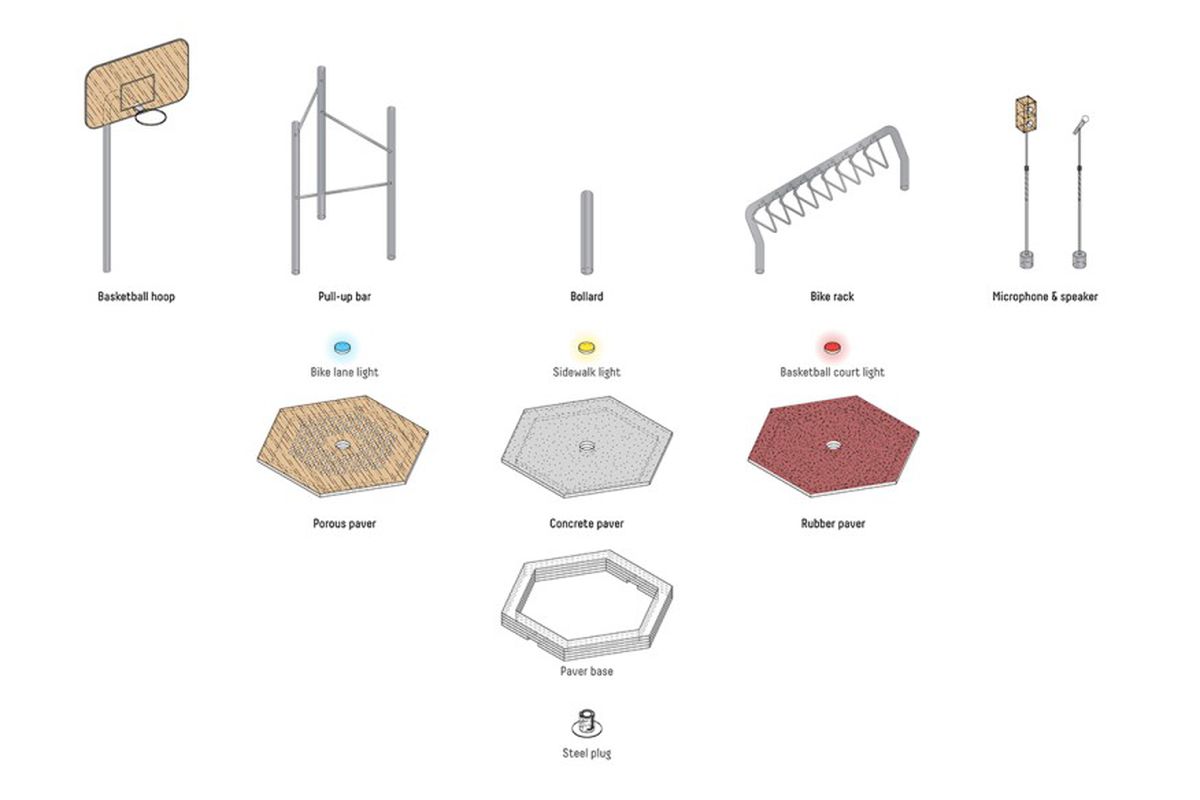 Named The Dynamic Street, the system supports the fast paced and changing nature of urban life by encouraging urban experimentation on the streets. Rather than designing for the streets of today, the innovative group has thought carefully about how to plan for the impending changes of the streets of tomorrow. Autonomous vehicles are set to redefine our roadways and only time will tell how this will actually play out. Will we be able to reduce our car lanes and parking spaces? How will this impact existing infrastructure? The Dynamic Street looks to evolve alongside interruptive technologies and help absorb the pressures that they insinuate as well.