The Olympics and urban planning have a long relationship that goes far beyond that brief time in the early 20th century when “mixed architecture, architectural designs” and “town planning” were medal categories at the Games. What does it mean for a city to host the Olympic Games in 2018 and beyond? How has the relationship between...

The Olympics and urban planning have a long relationship that goes far beyond that brief time in the early 20th century when “mixed architecture, architectural designs” and “town planning” were medal categories at the Games. What does it mean for a city to host the Olympic Games in 2018 and beyond? How has the relationship between the host city and the games changed by learning from previous successes and failures?

After the most expensive Olympics in history in Sochi 2014, most of these specially built winter venues sit empty. The Winter Olympic games are of a much smaller scale than the Summer Olympics, but their impacts on the host city can be a huge burden that leaves the city with hard-to-adapt, large-scale infrastructure. Rather than build permanent stadium infrastructure in the mountain city of Pyeongchang, much of the construction is “pop up” and built to be deconstructed after the Games. Seoul will also play a significant support role, by playing host to many of the guests. To make this possible, a new rapid bullet train was constructed: “a new 113.7km-long high-speed railway line has been built for 300kph trains that can transport more than 20,000 passengers from Seoul to PyeongChang and Gangneung every day, enabling people to travel from Incheon International Airport to PyeongChang in 146 minutes.” After the games, this railway will be used for regional commuting. Additionally, learning from Vancouver’s challenges with it’s Olympic Village, all the athlete’s apartments constructed for the games have been pre-sold for long-term occupancy.

Looking to Paris 2024, the City is using their upcoming Olympic Games to drive it’s “Grand Paris” plan. Having founded the “Métropole du Grand Paris (Greater Paris Metropolitan Authority)“, Paris is aiming to expand it’s traditional urban boundaries and use modern urban planning principles to create an ambitious new regional hub for the city- all heightened in speed and scale by the Olympics. The new neighbourhood is tied to a massive expansion of the Paris Metro (the city’s subway system), with 4 new metro lines that double the current mileage of the system being installed. The intent is for these lines to be the primary connections to the games venues in Grand Paris, but they are already facing massive delays. 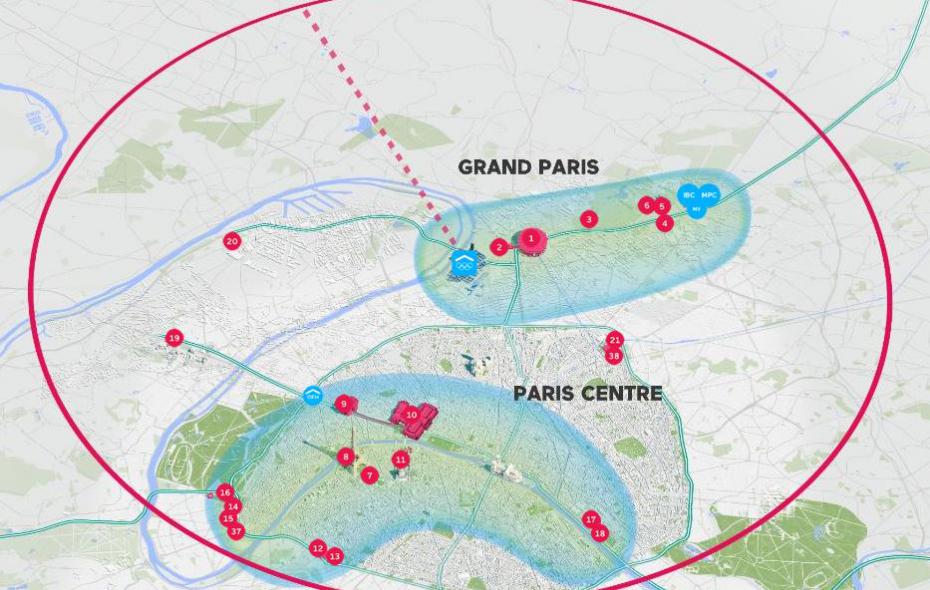 This map of the Olympic venues, marked in red, shows the relationship of Grand Paris to the center of Paris. An interactive version is available here. Image Credit: Paris 2024

According to an article on Citiscope,

“What’s happening in Paris is part of a global movement for cities to recognize that they need to coordinate more closely with their suburbs. … Paris is a case study in this global quest. So far, what it can show the world is how very difficult it is for an urban region to move toward a meaningful form of metropolitan government. Most observers of the new Métropole du Grand Paris are skeptical that it will have enough power to amount to much. Many worry that it will only produce another layer of sub-national government in a French political structure that is already crowded with them.”

Will this regional approach be able to spread the infrastructure burden on the games, rather than placing it all on a single municipality? Will this approach allow for better long-term use of facilities? Paris’ approach is similar to the concept proposed by Los Angeles’ bid.

Some journalists are already making the argument that the Los Angeles 2028 Olympic Games can “save” the city. According to Aarian Marshall in Wired,

“Los Angeles broke with other cities vying for the 2028 games by refusing to build a bunch of stuff it won’t need after the closing ceremony. Oh, sure, it may have to cobble together a canoe slalom course or an equestrian venue, but the city generally plans to make use of existing sporting facilities at UCLA, the University of Southern California, and various pro team stadiums. As for moving the 10,000 or so athletes and 500,000 or so visitors, well, LA will simply use a vast mass-transit system it had already planned to build.” 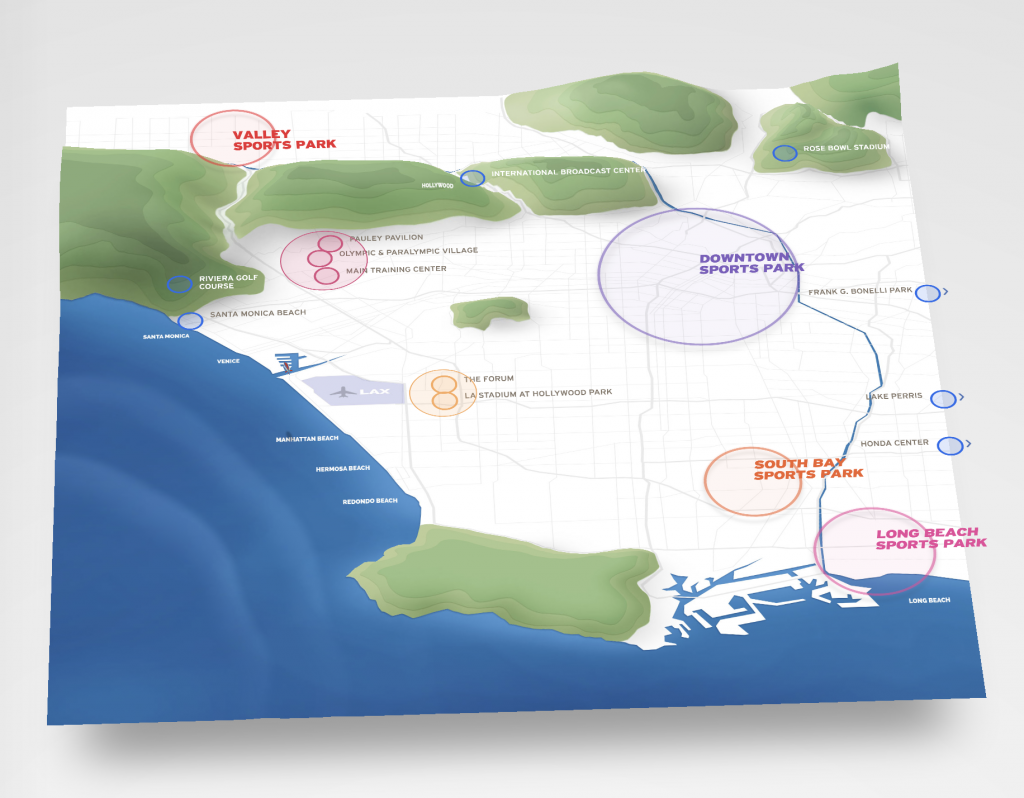 Los Angeles would use the Games as a catalyst to massively improve it’s transportation infrastructure- and the constant congestion that plagues the region. Without the games, these transportation improvements and innovations would still be needed, but with the added pressure of hosting millions of guests for Los Angeles 2028, the timeline for improvement could be massively sped up.

All 3 of these upcoming Olympic cities have utilized regional approaches to the Games, spreading out infrastructure and constructing with long-term uses in mind. Have Olympic Cities finally figured out how to sustainably burden the high cost of the games by partnering with their neighbours and building on the existing regional needs of the area, specifically transportation? Can the Olympics act as a catalyst to development instead of a drain on resources that could better support the host city? Only time will tell, but both the successes and failures of these strategies are urban planning projects to watch and learn from.

Photo by Rob Potvin on Unsplash