IBI Group worked with Melendrez Associates to develop a master plan for the redevelopment of the historic Broadway district in Downtown Los Angeles. IBI Group analyzed the famous street to determine how it would function with multimodal transportation uses, including streetcars, buses, automobiles, shuttles, bicycles and pedestrians, with regards to traffic impacts and street design.

IBI Group worked as sub-consultant to Melendrez Associates and the Community Redevelopment Agency of Los Angeles to develop a master plan for the redevelopment and reconstruction of Broadway in Downtown Los Angeles. IBI was responsible for traffic analysis, civil engineering, urban design and station architecture for 24 transit stops.

IBI Group analyzed the famous street to determine how it would function with multimodal transportation uses, including streetcars, buses, automobiles, shuttles, bicycles and pedestrians, with regards to traffic impacts and street design. Broadway currently operates with four to six travel lanes, carries a significant traffic volume and is an intimidating environment for pedestrians and cyclists.

As the design team lead, IBI conducted two workshops in public forums to discuss streetscape design concepts, streetscape components and furnishings, signage and graphics, as well as the “Bringing Back Broadway” revitalization and branding effort. The team also worked with the Historic Broadway Theatre District to develop transit shelter concepts that fit within the historic context of the district.

Results of the research and public forums led our team to establish a strategy to consolidate vehicle movements and reduce the number of vehicle lanes to both calm the street and re-allocate space to sidewalks, while accommodating a southbound street car. As a result of this work and related efforts by the City of Los Angeles and the Broadway Community, nearly $1 billion in investment has been incentivized on this previously struggling street that now thrives. The area has experienced a surge in new retail and restaurants, becoming a focal point for creative office and boutique hotel development. What was once a street utilized to get from one place to another has become a destination. 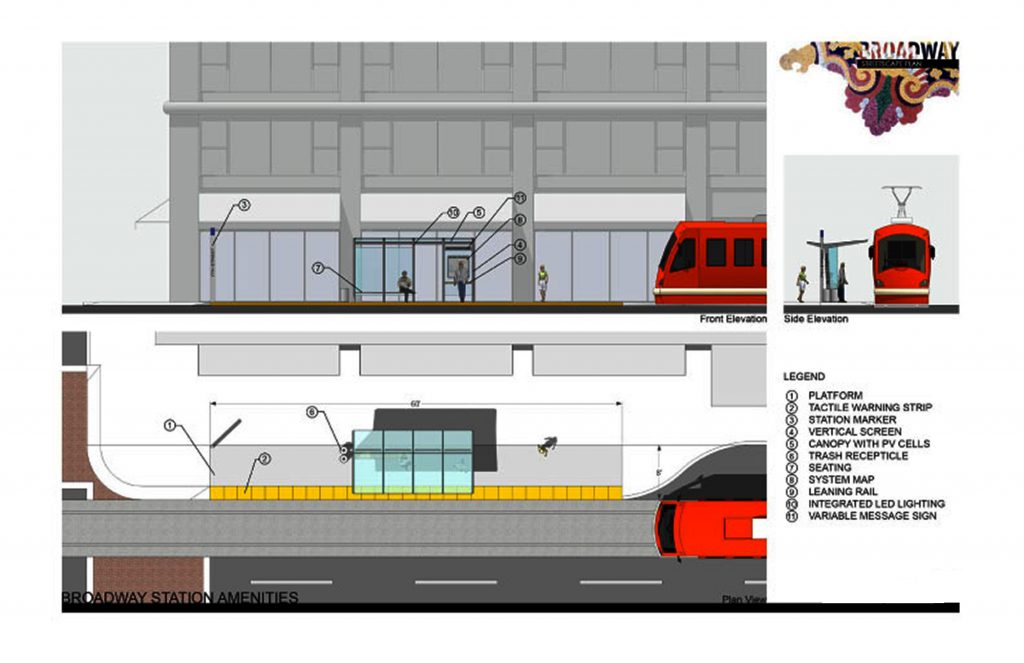 In response to a district-wide comprehensive master plan, IBI Group partnered with the San Jacinto College District on the architecture and interior designs for the...

University of Rhode Island Center for Biotechnology and Life Sciences

Los Angeles, CA
IBI Group designed the original Health Science Building in the early 1990s and was similarly commissioned to provide architectural and interior design services for the...