IBI Group led the design of the new Henley Elementary School in Klamath Falls, Oregon; a much needed replacement for the original 1929 school building.

The new Henley Elementary School was a much needed replacement for the original 1929 school building that had been closed in 2007 and demolished in 2010. For nearly a decade, the students had been attending what was essentially a school without a school; classes were held in modular buildings, lunch and physical education (PE) were in the Henley High School, and breakfast was available at Henley Middle School.

The Klamath Falls Herald and News in 2015 recounted that “any time students left their classrooms, whether to go to the library or to PE or for lunch, they had to put on coats and sometimes boots because they always walked outside.” But in May 2013, the voters of the Klamath County School District approved a school bond for $31 million, the centerpiece of which was the construction of a new Henley Elementary School.

This 60,000 sq ft building was designed for 450 students in grades K-6, and includes 21 classrooms, a library, a cafeteria and stage, and a gymnasium. Classrooms are clustered in groups of six around a commons space. The main hallway, commons, and library spaces include exposed wood ceilings and clerestory windows to provide natural daylight throughout.

A large play area and fields are located south of the building, and an outdoor learning area is located outside the library, between two of the classroom wings. Bricks from the original 1929 building are incorporated into the landscaped plaza outside the cafeteria. 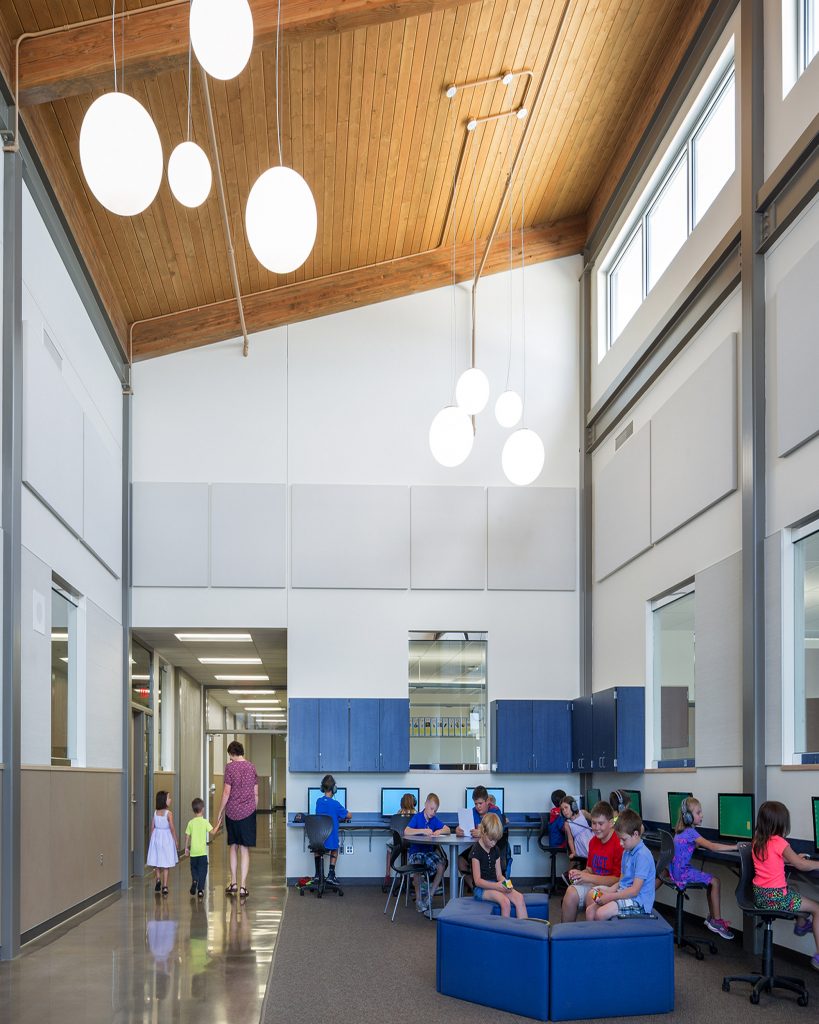