For the original concept design, IBI Group worked as a sub-consultant to MMM Group to develop the conceptual design for all proposed stations for both the east and west BRT systems. IBI designed eight station buildings within the east system operated by Mississauga Transit. The GO Transit Mississauga BRT West stations involved two station facilities and several civil roadway structures along with a dedicated busway between the Erin Mills and Winston Churchill facilities.

Elevating the public transit experience with the Mississauga BRT

The Mississauga Bus Rapid Transit (BRT) project is an 18 km transit corridor running east-west across Mississauga that connects with Toronto public transit, supporting local, express, GO Transit and other intercity services for thousands of riders per day. The goal of the project was to construct an exclusive two-lane, grade-separated busway with new BRT stations running north of Highway 403 from Winston Churchill Boulevard to Renforth Drive.

The east and west stations have distinct architectural expressions that identify the two BRT operators, Mississauga Transit and GO Transit. The station designs are based on the aspiration to elevate the public transit experience and celebrate the experience of waiting. Each prototype is designed with a similar language, look, and feel, through the use of consistent high-quality materials, architectural elements, and detailing that identifies the transit system. At each site the prototypical designs are adapted to local geography, road alignments, location of multi-use paths, and existing and future adjacent commercial, institutional and residential developments, creating a bespoke civic solution. 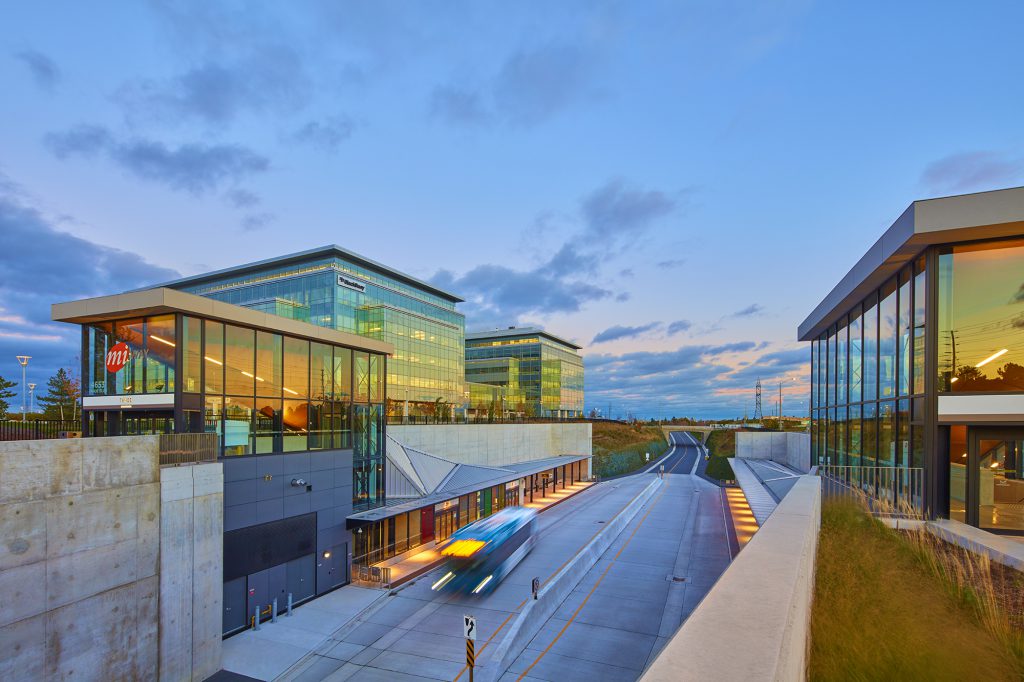 Project of the Year

Award of 'Healthy by Design'