A direct response to the masterplan for MediaCityUK, the new University Technical College comprises three distinct elements — a recessed central block, an angled general teaching block to the east, and a visually-striking “black box” that houses the centre’s film and television studios.

The central block acts as the link between the two learning areas, set under an extended canopy/portico. It creates a south-facing entrance plaza addressing the main thoroughfare of Langworthy Road, which is expected to be the main point of arrival for students via the nearby Metrolink stop.

The instantly identifiable ‘black box’ element is finished in a series of black metallic cladding panels, featuring vertical slits that can be illuminated after dark with LED lighting on the highly visible south elevation. The black box’s acoustically-sensitive film studios and technical facilities were strategically isolated together on the west side of the complex to reduce noise, set as far as possible away from the busy South Langworthy Road Metrolink line.

A rooftop, multi-use games area set above the black box is screened with dark fine mesh panels, and its vertical supporting structure is an extension of the cladding configuration below. This continuity articulates the façade as a singular element that allows for vivid illumination after dark, turning the building into a beacon landmark at the gateway to MediaCityUK.

Sustainable elements and studies into the building’s energy consumption informed the design process at every stage. The UTC@MediaCityUK is also targeting a BREEAM Excellent rating based on its pre-assessment of pre-construction phases. 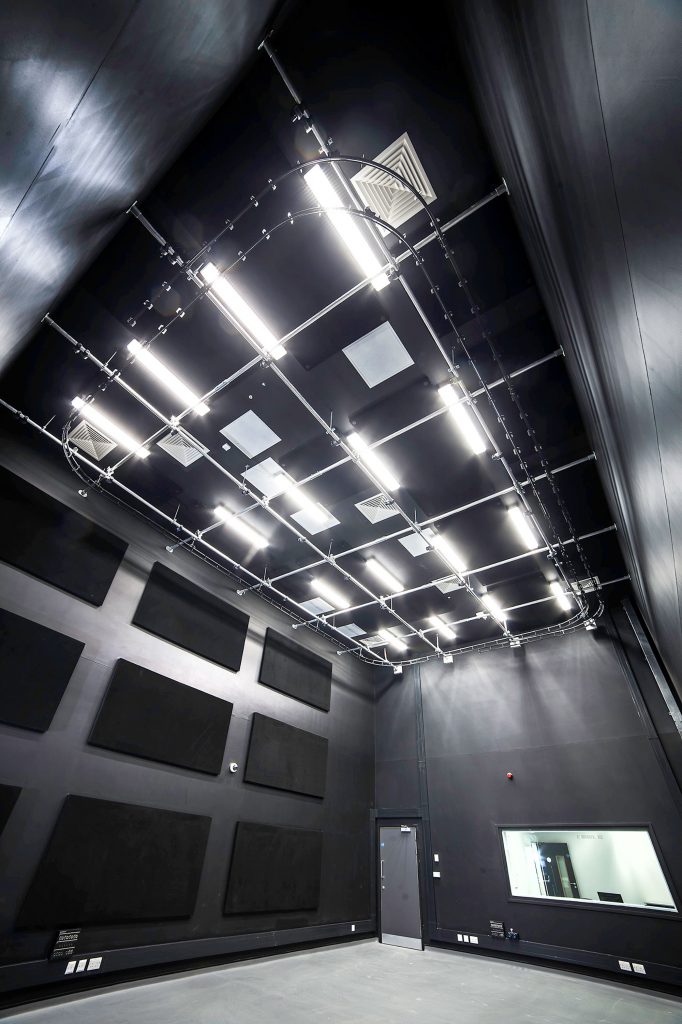 A new generation of minds is reshaping the way we approach education at all levels of learning.

Find out more about Learning+