As part of the TTC Station Modernization Program, IBI Group was the prime consultant for the multi-award- winning Victoria Park Station renovation and six-bay bus terminal replacement. The project includes the modernization of the existing subway station with upgrades throughout the facility, introducing natural light, artwork, and improved urban design.

What was once a structurally deteriorating, inaccessible and uninspiring station for Scarborough commuters, was elegantly transformed to a connected and commended facility in the renovation designed by IBI’s renowned transit architecture team. Its main entrance on Victoria Park creates a clear new identity for the station as part of a renewed frontage, developed as a Transit Square on both sides of the street.

As the project architect providing all design guidance, IBI worked with artist Aniko Meszaros to incorporate public art into the station’s interior. The station also features the TTC’s green roof pilot project, which at the time it was built was Toronto’s largest green roof at 5,000 sq. ft.

Barrier-free access is provided to the station, buses, and trains through the TTC’s Easier Access Program, with the introduction of three new elevators and the construction of a new at-grade bus terminal platform.

Pedestrian connections from all directions are improved with a new entrance to the east and south, and improved bridge connections, all of which are tied into the urban motif of the Transit Plaza with signature site lighting, pavement patterns, planting, and benches. Facilities for bicycle storage and bicycle parking are provided. The facility is now used by over 250,000 transit commuters each day, and climbing. 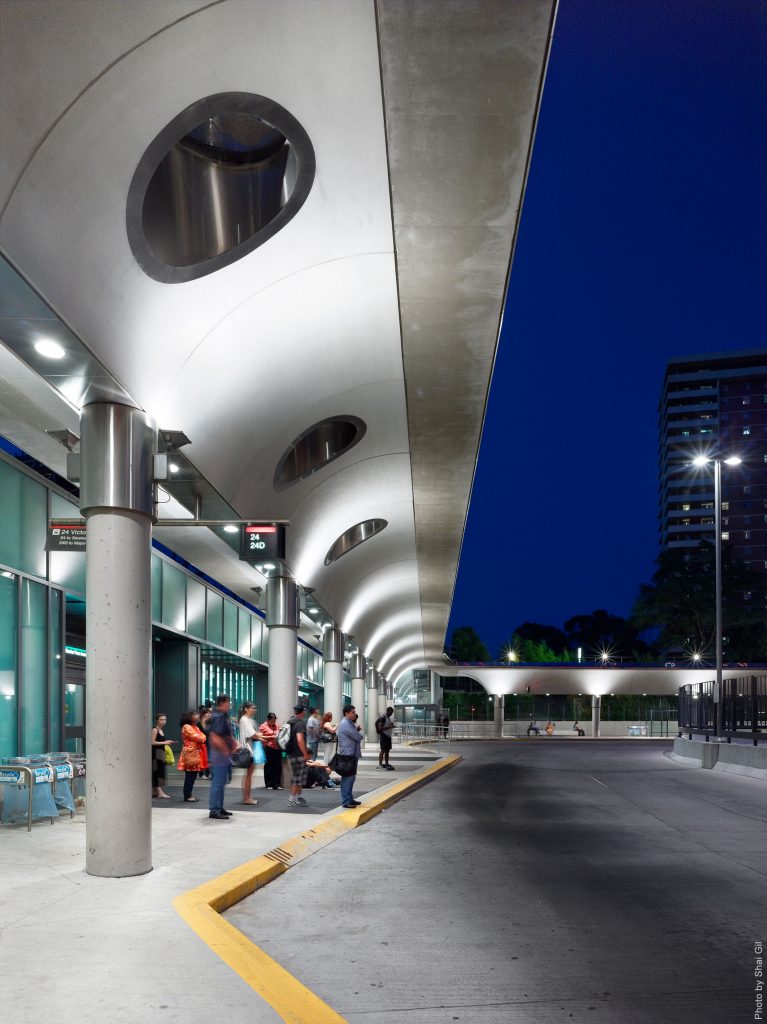 By Ontario Association of Architects (OAA)