IBI Group provided interior design and architecture services for the redevelopment of the Toronto Yonge Eglinton Centre to help prepare for anticipated future growth and renew the aging complex. In addition to making a significant design statement, the centre taps into existing urban infrastructure, utilizes current sustainable practices, and intensifies the use of public transit.

Toronto’s Yonge Eglinton Centre is a classic, urban renewal project that creates a cohesive development, integrating the entire centre with the Yonge Eglinton neighbourhood. Located at the edge of the central business district, the project mediates between local scale and materials and the commercial towers of the downtown core.

The IBI design team proposed the complete renovation of all public areas of the project, including enhancing the public realm and subway access to the centre; a significant retail addition at the corner of Yonge & Eglinton concurrent with the creation of a new and improved subway plaza; and the addition of seven storeys to the Yonge Commercial tower and five storeys to the Eglinton Commercial tower. The Yonge Eglinton Centre was in continuous operation throughout the renovations.

The most visible part of the development is the glass clad retail addition, with a glass atrium fronting on the open plaza facing Yonge Street. The glass atrium functions as the mini hub, providing connection with the existing basement through the new retail floors and public accessible amenity roof garden. The reduced but highly improved, well-proportioned open plaza acts as a venue on Yonge Street, providing use of day-to-day sitting, people watching, small outdoor concerts, and an open-air market. 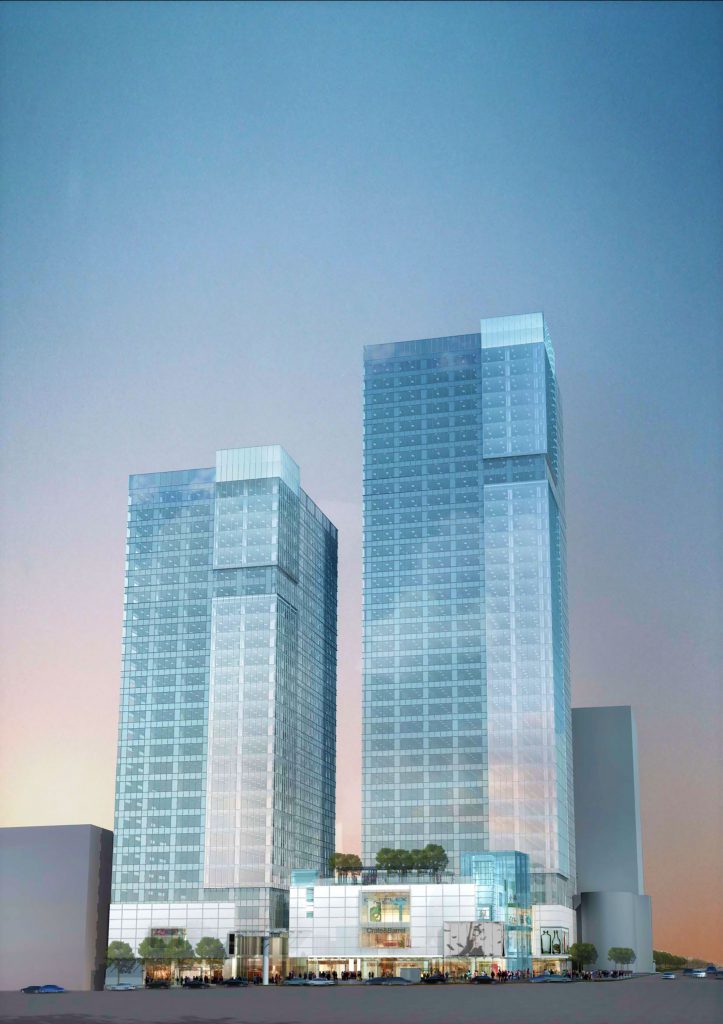