The new campus for the American University in New Cairo, Egypt, provided a unique opportunity to build a “City of Learning” on a blank-slate site in the desert. IBI Group was part of the winning design team selected to develop the master plan and subsequent design and implementation through an international competition.

The American University new campus sits on a 260-acre site outside Cairo. It respects its desert setting and translates the University’s liberal arts mission into a physical form that distills Cairo’s historical richness and Middle Eastern traditions into a contemporary urban fabric.

As part of the master plan design, our team designed the running track and athletic fields, as well as the major outdoor gathering space within the campus core, called the Maidan Palm Court, for ceremonial events. Our team also developed designs for a series of smaller, sheltered courtyards within the academic core based upon Middle Eastern designs. These courtyards, each distinct in character, feature small pools, fountains, palms, flowering shrubs, vines and groundcovers.

Sustainable design was a central focus of the master plan. Our team developed a campus-wide environmental strategy to maximize natural ventilation and cooling, where compact building clusters were oriented east/west as much as possible. The large garden on the north side of the campus was heavily planted to form a cool, low reservoir. Summer winds from the north could move through the garden and bring cool, moist air into the buildings. On the southwest side of the campus, a shelter belt was designed to block winter winds and act as a filter for wind-blown sand. Building facades on this side were designed to be heavily planted with deciduous trees to provide shade during summer, however allowing sun to filter in during winter. 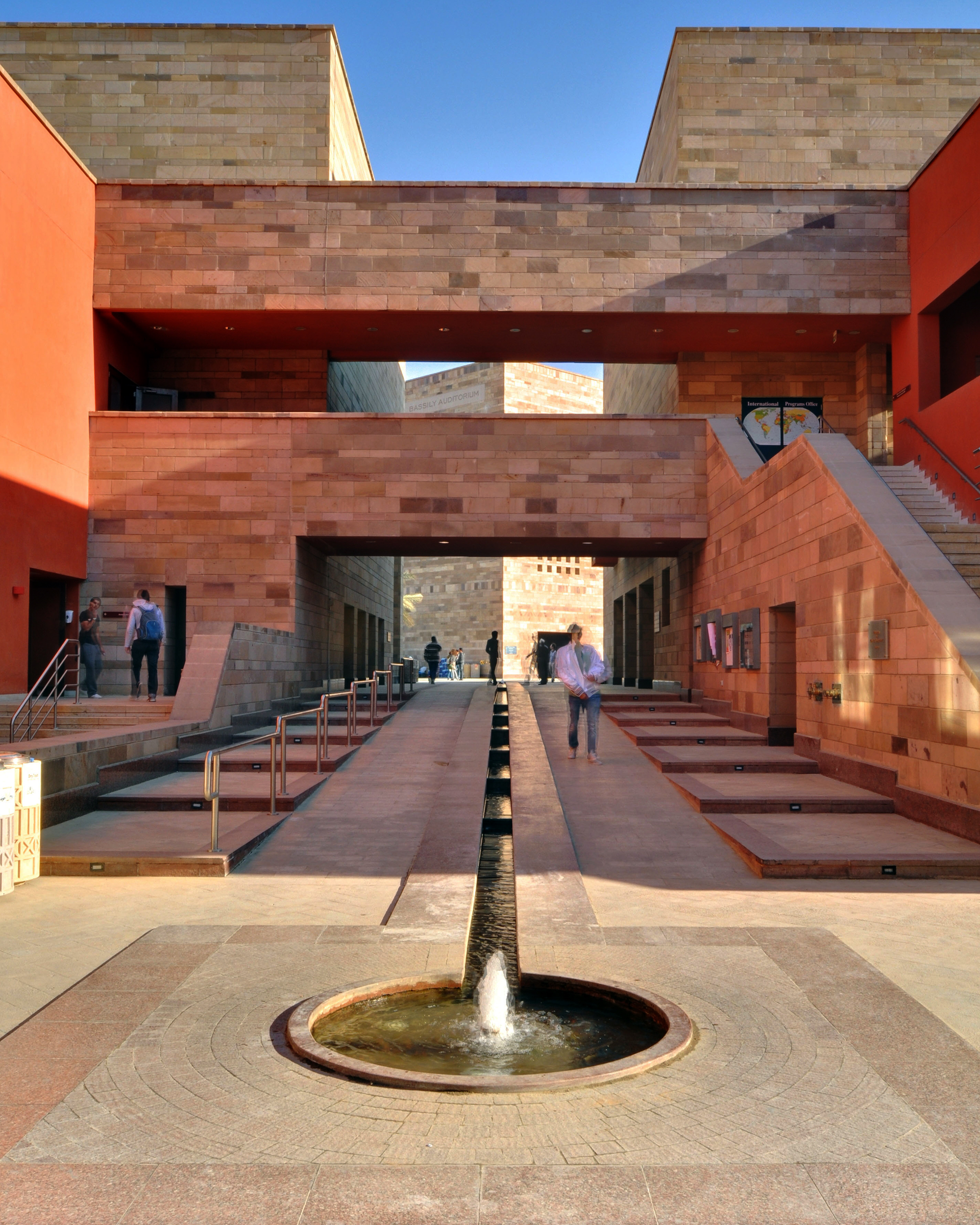 Toronto, ON
IBI Group provided architecture, landscape and interior design services for this luxurious high-rise condominium. Located in one of Toronto’s most sought-after neighbourhoods, residents will experience...