IBI Group acted as masterplanner for CityPlace, one of the largest developments in downtown Toronto. We are also the architect for over 20 mixed-use towers within the development, integrating retail, hospitality, community facilities and offices, along with residential buildings.

Master planning a residential neighbourhood in the heart of Toronto

CityPlace’s Railway Lands West is one of the largest developments in downtown Toronto. A total of 5,000 residential units will ultimately be constructed at the 35-acre CityPlace site, in a combination of tall, slender towers and lower four- to 12-storey base buildings that define the streets.

IBI Group have been the architects for over 20 mixed-use towers in the CityPlace development, integrating retail, hospitality, community facilities and offices, along with residential buildings. We were also the design architect for 12 of those towers, including the two signature Concord Canada House buildings, set to illuminate Toronto’s skyline at 68 and 72 floors respectively. The architecture has played an important role in the definition of the built environment and reinforcement of the objectives of the master plan. The plan knits together parks, open space and public thoroughfares, which become the framework for the built form.

As part of the approach taken, every project has a different design architect, ensuring diverse architectural expressions. The result is a mix of styles in built form, pedestrian environment, parks, urban design and landscaping that allow for a neighbourhood which is diverse in its composition.

The community is comprised of a mix of market housing, affordable housing, retail, community centre and a school that will be connected by an attractive, walkable street network, and parks. Architectural massing, scale, block pattern and design expression of streets and parks mitigate the impact of the Gardiner Expressway, Lakeshore Boulevard, Railway Corridor, the Rogers Centre and CN Tower, while reinforcing relationships with Lake Ontario and the waterfront system. 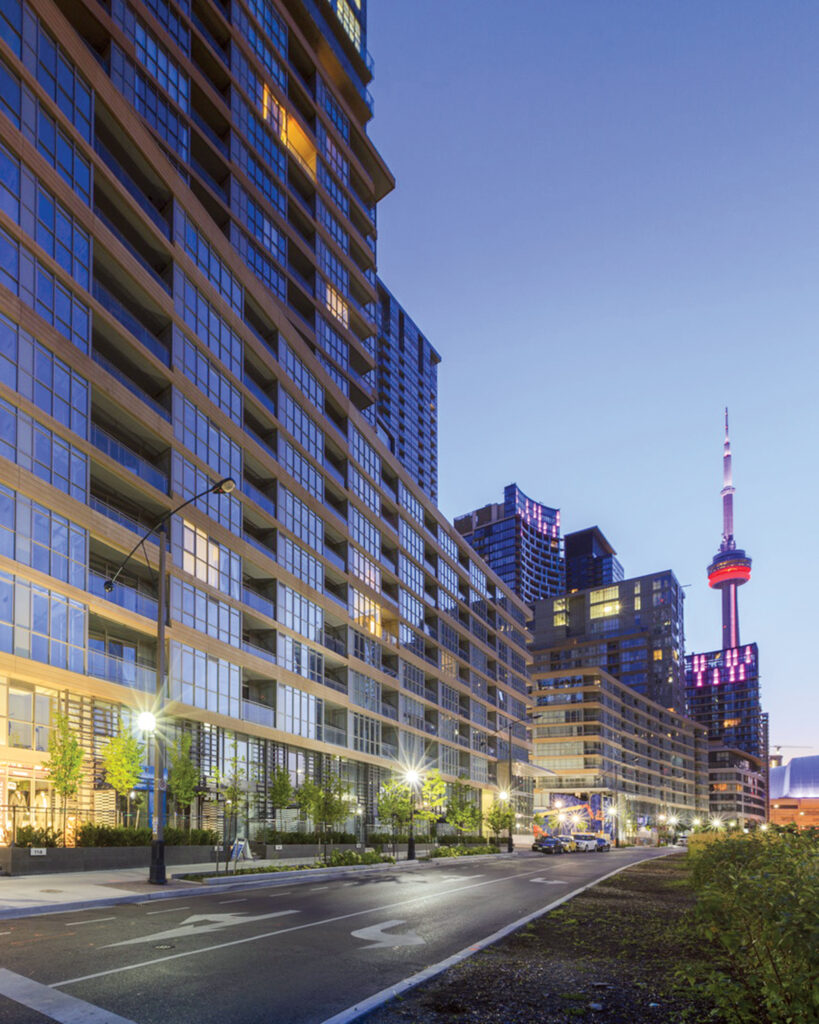