Completed in 2014, this flagship Delta Hotel became the tallest free standing hotel built in Toronto’s downtown core in the last 20 years. Soaring above the city’s transformative skyline at 160 metres, this signature mixed-used high-rise is facilitating world class hospitality and urban access in the heart of the city’s entertainment and financial districts.

Beyond its core purpose of providing premium four-star hospitality to visitors, the hotel needed to act as a cultural stepping stone to neighbouring attractions including the CN Tower, sports stadiums, a major convention centre, and revitalized waterfront. It also needed to connect visitors and residents alike to the city’s main transportation and business hubs, all the while preserving Delta’s commitment to being strong, future-forward community builders.

With a predominant stance on the corner of Bremner and Lower Simcoe Streets, the hotel stands strongly alongside the city’s iconic CN Tower. The hotel’s signature tower is part of the South Core Financial Centre (SFC) District, a fully integrated complex that includes two office towers to the east. Its architecture is comprised of large building blocks playfully articulated through timeless graphic patterns, sculpted atop a three-storey podium that delivers powerful visual connections between exterior and interior. The result: a strongly recognizable sight for first time visitors, and a highly functional hub for the city’s downtown inhabitants.

“The building represents the best in global hospitality design and will contribute significantly to the enhancement of the urban landscape of the city,” said Mansoor Kazerouni, Design Principal for the project. “It embodies Delta’s core values of community building, innovation, and excellence, and will rapidly become an important part of the city’s architectural identity as it assumes its prominent position in the skyline.” 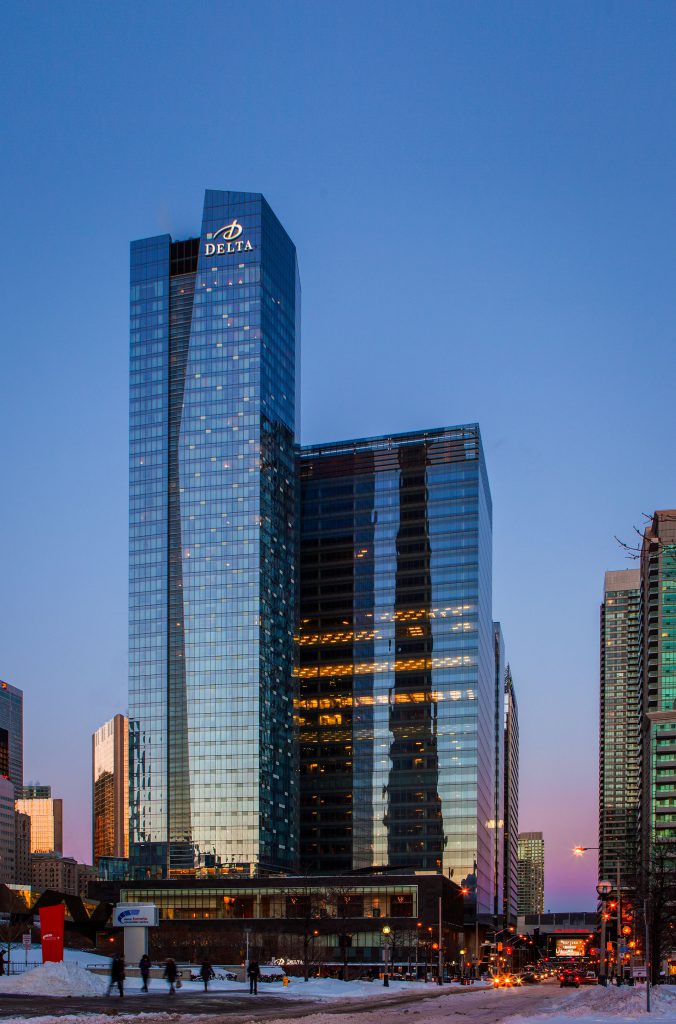 Award of Excellence in the Private Buildings in Context

Find out more about Living+