IBI Group was selected by the District of Columbia to lead the master planning of their court facilities and restoration of the historical 410 E Street Court in preparation for housing their Court Mediation Program and IT Services Division.

One of America’s most important judicial hubs

Initially hired in 2001, IBI Group was retained to plan, design and implement a comprehensive, ten-year facility redevelopment master plan for the DC Courts valued at $650 million, encompassing five buildings on Judiciary Square. The project’s main objectives included the modernization of all facilities, as well as upgrades and expansions to the 680,000 square foot H. Carl Moultrie Courthouse.

IBI Group’s design team provided development and evaluation of planning options, including site selection, recommendations and exploration of various building renovations. Additional responsibilities included ROM cost estimating, phasing, schedule development and presentations. Our teams worked closely with the Courts to establish grade- and position-based space standards, later adopted by the DC Courts and used as the interior design and furniture standards for all facilities. Following updates in 2009 and 2013, Judiciary Square today has reemerged as one of the oldest and longest-operating judicial precincts in America.

Designed and constructed in the early 1940’s by noted architect Nathan Wyeth, and sited within the Square, 410 E Street is one of Washington’s many architectural gems, but had fallen into disrepair after being converted from the Juvenile Court to office space for the DC Government. In 2006, it was acquired by the DC Courts and selected to house their Court Mediation Program and Information Technology Services Division, which provides court-wide hardware, network systems and technical support.

Following a successful feasibility study produced by IBI Group, we were retained to serve as Design Architect for the restoration. Our team proposed a number of modifications, replacements, and upgrades to bring the 41,000 square foot limestone building up to modern code and facility standards. The project scope included workstation design, finish and furniture selection and working with consultants to develop electronic messaging and audio visual programs to enhance training and mediation activities. Pre-design scope included preliminary blocking, stacking, and space planning based upon our prior Master Plan recommendations.

Design alterations were consistent with the Architectural Barriers Act Accessibility Standards (ABAAS) and entrances were realigned for pedestrian traffic to nearby Metro stations. Our team also developed a reclamation program to divert construction waste from land fill and utilized new materials to meet LEED criteria.

The entire project was conceived through the lens of historical preservation, with modern technology systems and security measures implemented with minimal visual impact. During the planning process, the project underwent extensive reviews by the National Capital Planning Commission, the DC State Historic Preservation Office, and the United States Commission on Fine Arts. 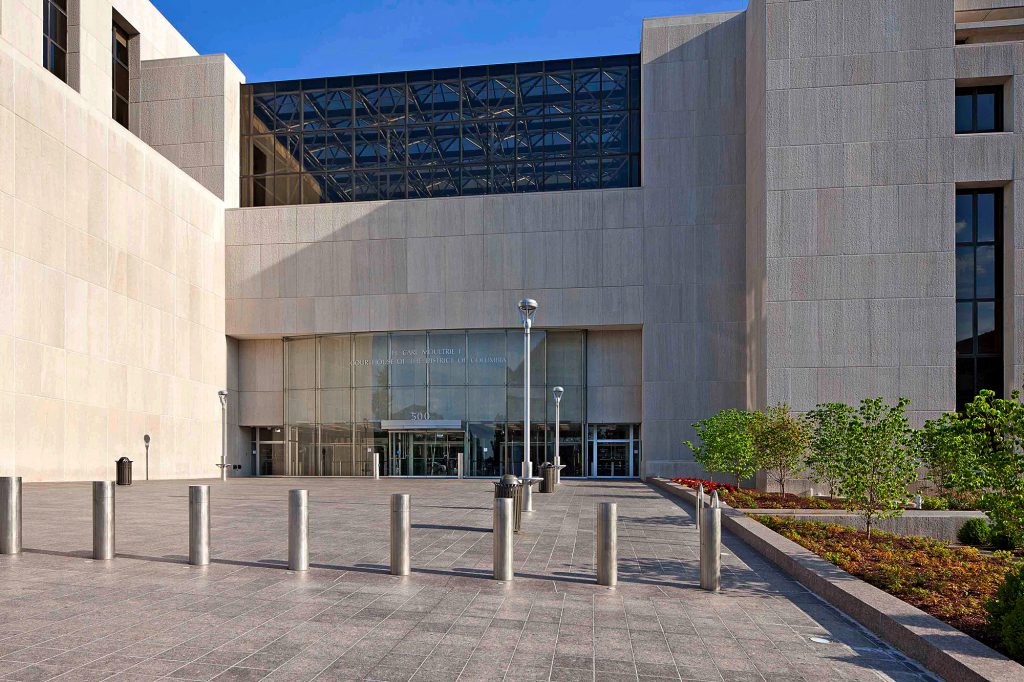 National Capital Region Project of the Year,
By US Green Building Council