Working with developers Can Alfa and the City of Toronto, IBI Group have transformed this 45-acre, vacant industrial brownfield site and home of a former prison, to one of the densest and most desirable neighbourhoods in Toronto within the span of a few decades. With access to several major transportation arteries, residents in Liberty Village enjoy a uniquely walkable, mixed-use community complete with parks, plazas and a plethora of amenities.

One of Toronto’s earliest settlements, Liberty Village has a colourful history but was largely abandoned until the early 2000’s. Guided by smart growth and sustainable strategies, IBI Group oversaw the remediation of the site; designed and managed the installation of new infrastructure including streets, parks and access to rail; designed 5,000 residential units (to be completed in 2019); and guided the design and adaptive reuse of area heritage buildings for retail and office space.

Connected by pedestrian-friendly and accessible East Liberty Street, the architecture of Liberty Village is inspired by its industrial past. Its buildings’ striking brick and beam structures have heavy bases with transparent upper portions leaving room for open space and views of the city. Its parks function as meeting spaces for yoga, dog walking, and movie nights in the summer.

By providing residents with options to live, work and play within their own neighbourhood, combined with its geographic location minutes from downtown, Liberty Village promotes active transportation, mitigates the need for a vehicle and therefore reduces gas emissions. The ongoing development of this community has had direct financial benefits for the City of Toronto and a profoundly positive ripple effect on surrounding neighbourhoods in Toronto’s west end.

As the project’s prime consultant, this truly collaborative effort involved IBI Group’s residential, retail and heritage architecture, urban design, landscape architecture as well as civil and transportation engineering. IBI Group also designed the King Liberty Master Plan which guided the areas development and adaptation of its heritage buildings for commercial use. Though the project began in 1991, we’re still working on it today! 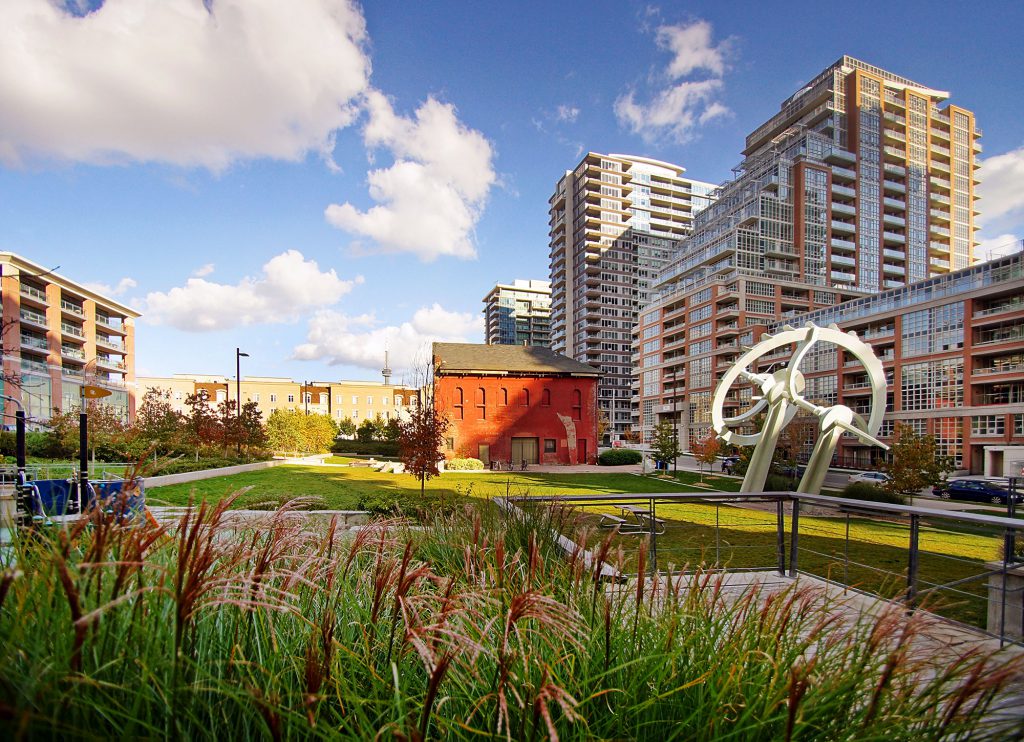 San Diego, CA
Bolton One Wellbeing Centre is a healthcare, leisure and research centre that combines a range of facilities in a single, integrated complex. As Lead Consultant...