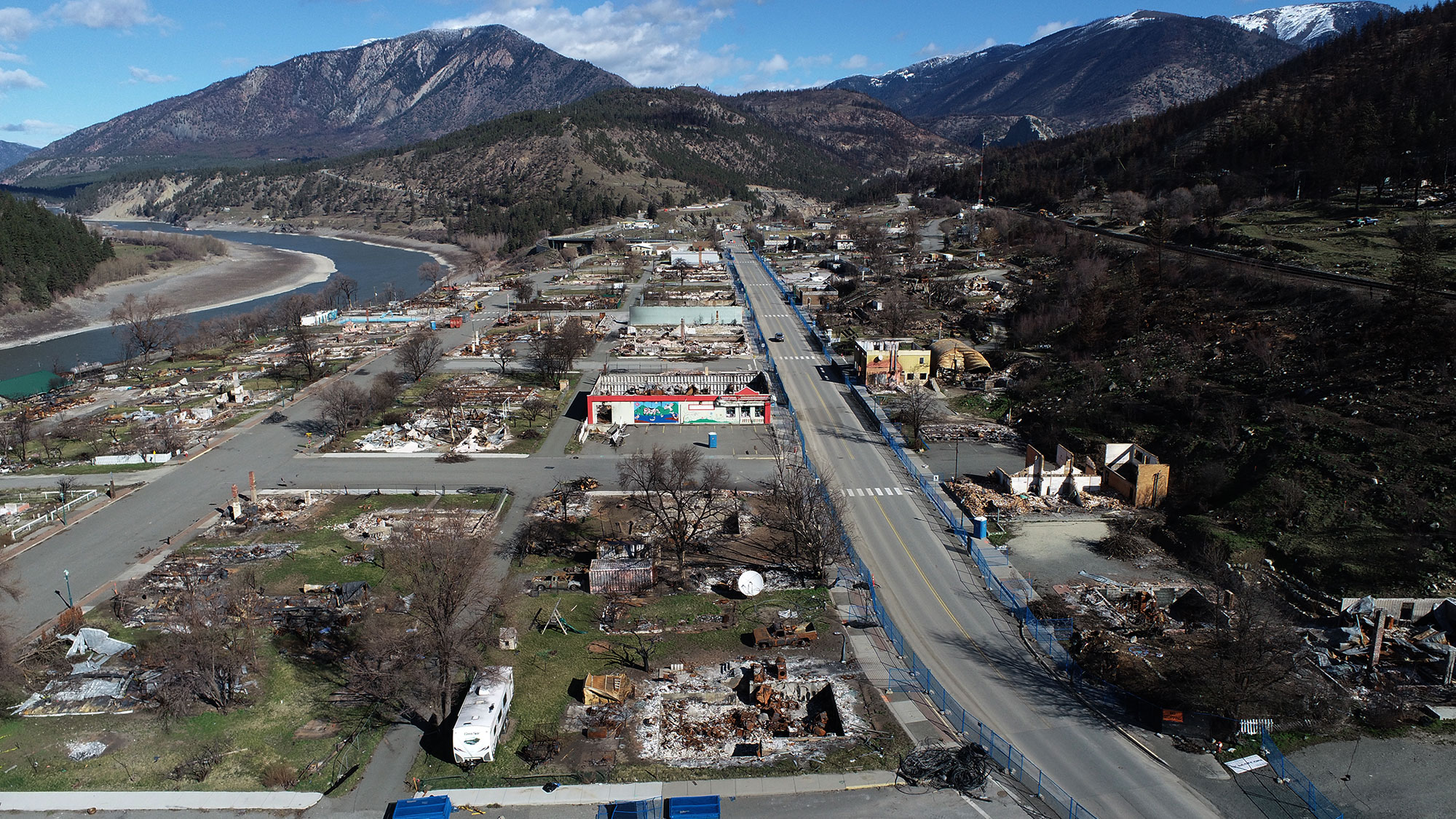 IBI Group is providing environmental assessment services for the Village of Lytton in Lytton, BC. Following a devastating wildfire that impacted the Village in 2021, we were commissioned to characterize waste debris and examine the contamination in soil and groundwater to facilitate clean up and restoration of the community.

IBI Group is acting as the Village of Lytton’s environmental consultant for the Lytton Village Wildfire Assessment and Remediation Project. Leveraging our environmental site assessment and remediation services, we will be responsible for characterizing waste debris for disposal and assessing soil and groundwater for contamination on Municipal and private properties that are uninsured and under-insured.

On June 29, 2021, the temperature in Lytton, British Columbia, reached a Canadian record-breaking high of 49.6°C. Following this event, a wildfire hit the village, causing catastrophic damage that destroyed more than 90 per cent of its buildings. Residents were forced to evacuate and lost nearly everything they owned.

Almost one year later, the town has begun its efforts to rebuild. Our work characterizing waste debris for disposal and assessing soil for contamination is critical due to the presence of several toxic heavy metals that were consumed during the wildfire. Contaminants include lead, zinc, and harmful and carcinogenic combustion by-products.

Once the nature and extent of contamination have been established, we will develop and implement plans to remediate contaminated soil and other environmental media, such as groundwater, to ensure that each property meets applicable land-use standards under the BC Contaminated Sites Regulation and is subsequently safe for redevelopment.

Despite its devastating loss, the village is looking ahead to the future. The destruction of major infrastructure presents an opportunity for Lytton to strategically rebuild, such as exploring plans for a new sewage system, sustainable developments, fire resistant buildings and advanced infrastructure.

Canada, North America,
IBI Group conducted a detailed examination of the existing sanitary and storm drainage systems within the City of Toronto’s “Area 36”, which is located in...

Toronto, ON
IBI Group reviewed the existing policies and legislation in Nevis and other Caribbean nations to develop a draft Integrated Water Resource Management (IWRM) Strategies and...