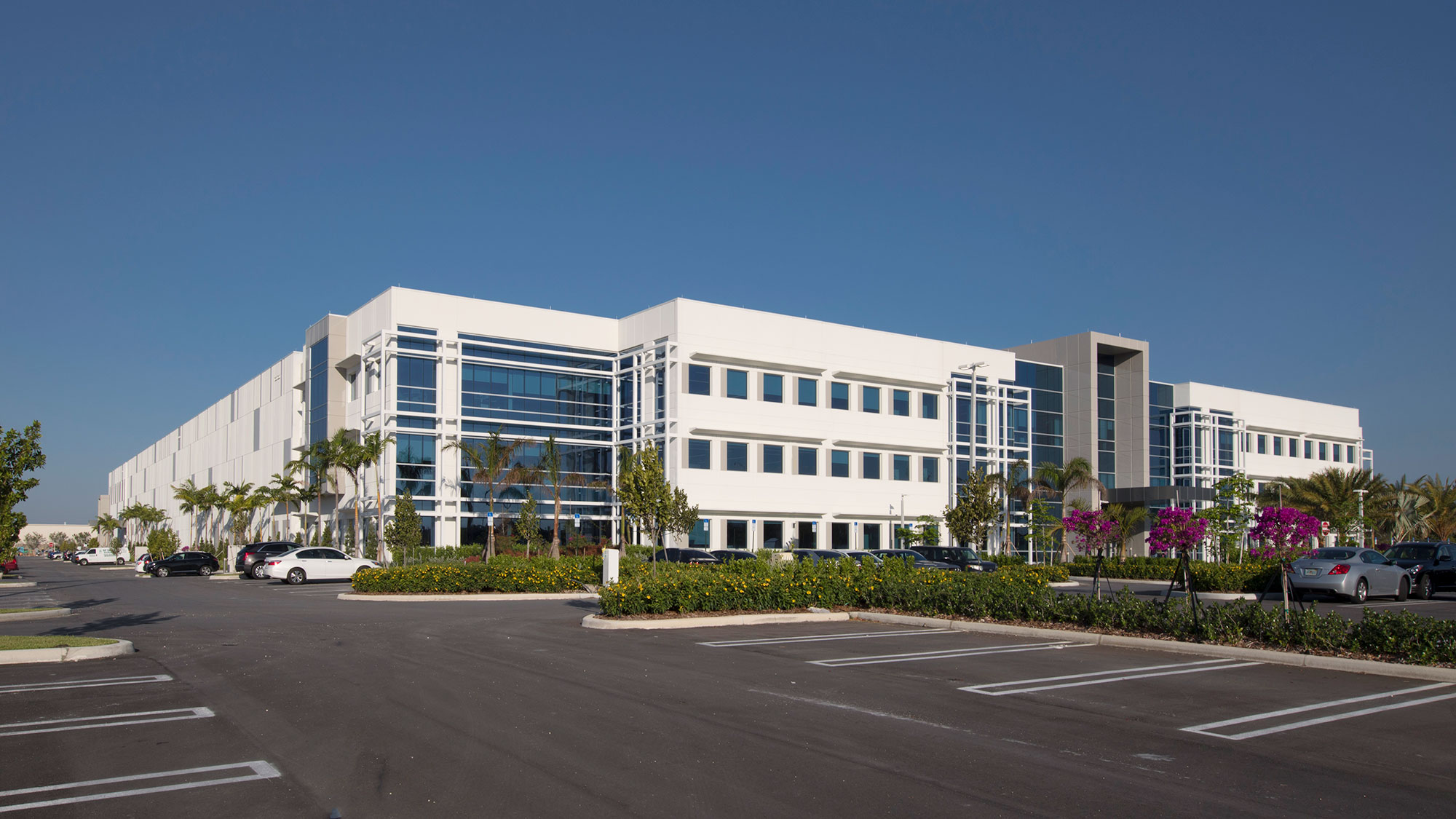 The Telemundo Center unified many divisions and activities of this prestigious media brand under one roof. The custom-designed space provides cutting-edge, multi-functional facilities and sets the stage for the company’s continued success and future growth. Arcadis IBI Group-acquired RLC Architects provided architecture and master planning services for this award-winning project.

A customized, state-of-the-art headquarters for an expanding media powerhouse

“The Telemundo Center is a purpose-built global corporate headquarters and studio complex for the well-known media brand Telemundo, a division of NBCUniversal. For the first-time the building houses numerous divisions of Telemundo under one roof, creating a state-of-the-art workplace, allowing for business efficiencies across divisions, and serving as a landmark befitting Telemundo’s prominence in the media landscape.

Our design envisions the building as an urban block, where different functions are clustered together and connected by a network of indoor streets. These “streets”—major hallways—converge at the main gathering space, the Telemundo Center’s equivalent of a public plaza.

Our design for Telemundo Center’s exterior was inspired by the process of early video editing, with a façade treatment that wraps around the building like a film ribbon. This fittingly contextualizes Telemundo and its contemporary, cutting-edge corporate facility within the celebrated traditions of the film and television industry.

The Telemundo Center garnered recognition for its design excellence from the American Institute of Architects (AIA) Palm Beach.

The building’s design also fulfilled a secondary but important functional requirement: enabling future reuse in case the company ever vacates the space. A regular, rectangular building shape and clearances around the site make the building suitable for loading large trucks and allow the facility to someday accommodate a distribution center.”

IBI Group is leading the design team for the Boca Raton Center for the Arts and Innovation in Boca Raton, FL. The project aims to...

Atlanta, Carson, GA, CA
Working in collaboration with BVN Architecture, IBI Group acted as architect of record to create a new home for global consulting and IT leader Infosys,...