Critical to powering the ever-expanding energy needs of the GTA, Copeland Transformer Station is nestled underneath heritage train superstructure John Street Roundhouse in the busiest area of downtown Toronto.

Located in Toronto’s bustling entertainment district, John Street Roundhouse and its park, across from the Rogers Centre and the CN Tower, bring steam-era railway facilities to life. IBI helped restore three historic railway buildings, including Don Station, which was most active in the 1920’s as a stop between Toronto, Montreal and Ottawa, as well as numerous working rail structures on-site, few of which still exist today.

Built in 1929 by Canadian Pacific Railway, and used as a track switching station for the Union Station rail yard until 1982, the Roundhouse now houses Steam Whistle Brewery, the Toronto Railway Heritage Centre Museum and a “railway village” within the park. Some of the manual switches are still operational within the facility and it stands as one of the oldest existing railway structures in Canada.

Working with the City, IBI prepared a Heritage Impact Assessment and Conservation Plan that balanced the heritage resources of this semi-circular, timber-framed brick railway building with requirements to achieve a contemporary, sustainable retail space that celebrated its heritage. 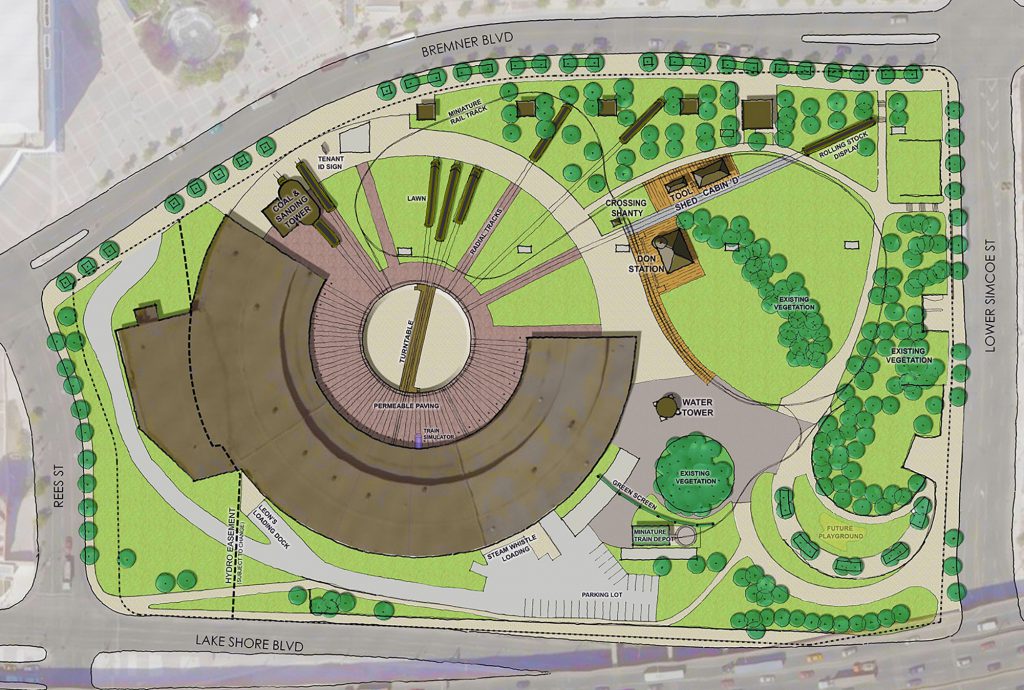